Nick Cannon Thinks Mariah Carey is Getting Old and Fat – Dresses Like A Hot Mess? (PHOTOS) 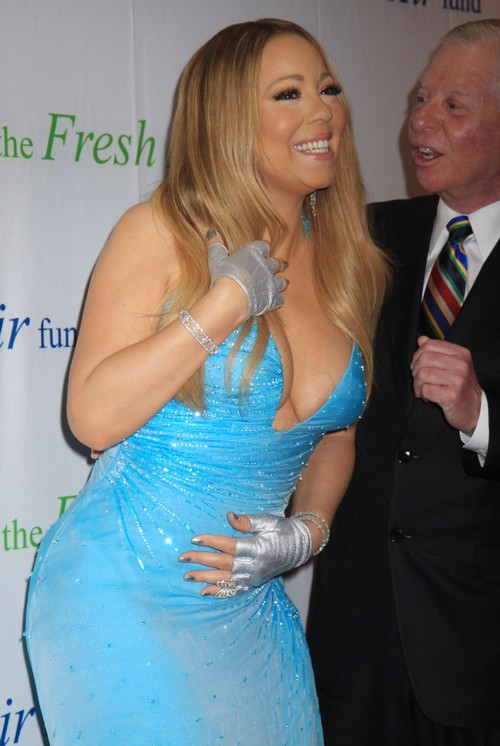 Mariah Carey seems to be having a real problem with aging lately. She has been working overtime to try and convince her fans that she is still the hottest thing around but her attempts are registering as a bit ridiculous. Riding the subway or going to the playground in a ballgown – both of which she has recently done – only tends to make people laugh at you and it seems that even her husband, Nick Cannon doesn’t get it. According to the June 30th print edition of Star magazine Nick recently had a nifty chat with his wife and told her flat out that she looks absolutely ridiculous. He also told her that the fans are right to make fun of Mariah and that it’s time to dress her age and start to class it up a bit.

Sources say that Mariah couldn’t believe that Nick dared to talk to her that way – especially since the couple are rumored to be on the verge of divorce – and she still insists that she looks good and these desperate attempts prove it. Just how hard is Mariah trying to prove her youthfulness? Well girlfriend tweeted a photo from 1997 and tried to pass it off as a current shot! Apparently getting older isn’t sitting well at all and instead of fighting it in graceful, subtle way Mariah thinks that pouring her plump self into dresses that belong at a New Jersey prom will lead her to that fountain of youth.

Do you agree with Nick that Mariah needs to find a stylist that will morph her into a class act? Or do you kind of like the cheesy Mariah that dresses herself badly and is a consistent fashion don’t? Let’s face it, Mariah is LOW CLASSY despite her vainglorious attempts to portray herself otherwise – the elusive chanteuse can’t tell the difference between form and content regardless of how many pink poodle and bubble bath photos she posts on Instagram. Tell us your thoughts in the comments below!