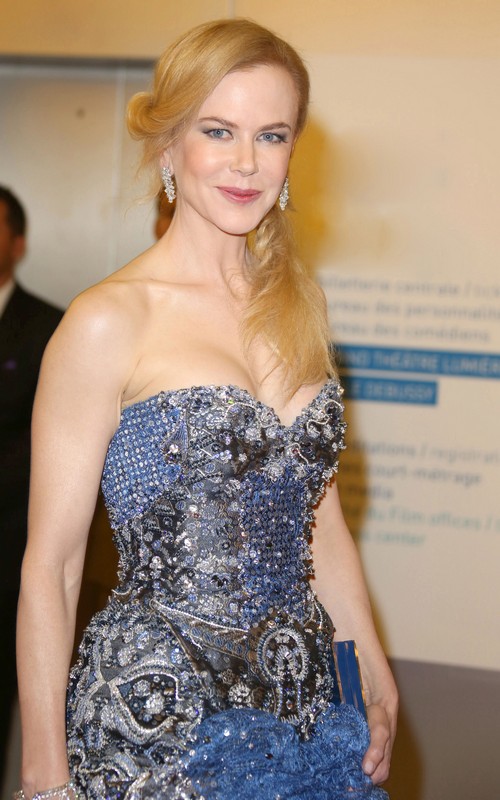 Nicole Kidman‘s marriage to Keith Urban has been teetering on the edge of divorce for some time, but it looks like Nicole’s willing to do anything to change that – including get pregnant.

Even though Nicole appeared to be hiding a pregnancy bump while at Cannes, sources were quick to dismiss the rumors, saying that Nicole is definitively not pregnant. However, these same sources were also quick to add that while Nicole isn’t currently pregnant, she is planning to have another baby by surrogacy.

Apparently, Nicole feels like the only way to salvage her marriage to Keith is to have another child. A source tells the National Enquirer, “Keith is hoping for a son. And the plan is already bringing them closer together.”

Um, Nicole and Keith have FOUR children already, and Nicole thinks that bringing another child into the mix will make their marriage stronger? First of all, when are they supposed to spend time together raising this child when Keith is shooting American Idol and Nicole is trying to land more acting roles? For someone who’s spent so much time trying to organize a career resurgence over the past few years, having a kid now would be bordering on idiocy.

Maybe Nicole’s given up on the idea of revitalizing her career, especially as her Botox spills out of control. Because there’s no way anyone’s hiring her while she looks like a wax figure version of herself, unable to move her eyebrows or forehead into anything resembling an emotion.

Anyway, Nicole may have given up on her career, but Keith is still focused on his. Nicole having another kid might bring Keith home for some time, but there’s no way it’ll fix the [supposedly] underlying problems in their marriage. Also, having a child to save your marriage is a stupid move, and one that I think the tabloids like far more than the celebrities themselves.

Opening Ceremony Dinner Arrivals at the 67th Annual Cannes Film Festival on May 14 include Tim Roth and Nicole Kidman.