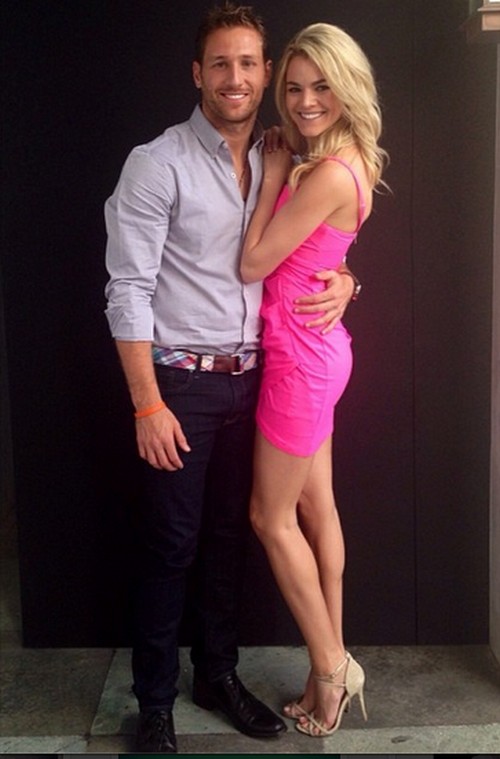 Andi Dorfman was the luckiest chick to appear on the most recent season of The Bachelor. While the other ladies tried to figure out whether or not Juan Pablo Galavis was sincere or not she saw through his act and called him out on it before storming off and leaving the show. My guess is that several other women did the same because they could see that Juan was a jerk so they quit – rather than wait for him to send them home rejected.

Andi has been vocal about Nikki’s relationship with Juan Pablo and has said that she can’t believe that she is choosing to play along with him. The two women became extremely close while vying for Juan Pablo’s attention and according to the April 7th print edition of In Touch magazine Andi has made it clear to Nikki that she deserves a whole lot better in a man than Juan Pablo has to offer. Still some are insisting that Nikki is riding the wave with her fake boyfriend just to cash in wherever she can and that he will have to eventually dump her because it’s not a move that she will make.

Do you think that Nikki is in it for the cash? Or is she really under the spell of this guy that refuses to profess any deep feelings for her and blows off any attempts at PDA that she may make? This is one of those relationships that eventually will crash and burn, the only real question about it is when. How much longer until the wheels fall off and they are both giving tell-all interviews about their horrid experiences? Tell us your thoughts in the comments below!

Editor’s Note: Everyone says what a rotten guy Juan Pablo is but I have a different take – I just browsed Nikki’s Twitter (see below) and in my opinion she is nasty b**ch who is hyper-critical of others as well as being a total famewhore. I say run Juan, run!