The Bachelor 2014 Spoilers: Andi Dorfman Quits and Walks Out on Juan Pablo During Episode 9 – Her Dad Hates Juan 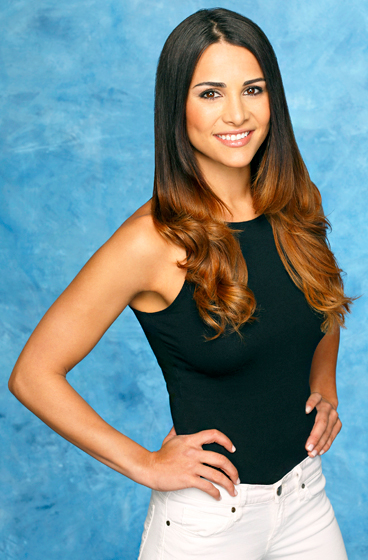 Juan Pablo started out with 27 women on Season 18 of The Bachelor, and now he is down to the final four bachelorettes; Clare, Nikki, Andi, and Renee. The ironic thing is, the bachelorettes seems to be quitting faster than Juan Pablo is sending them home. Last night on Episode 7 of The Bachelor fan favorite Sharleen went to Juan Pablo’s hotel room after their 1-on-1 date and announced she was going home. She thought that their relationship was “moving too quickly” and Sharleen wasn’t ready for a proposal or to take Juan Pablo home to her family. After Sharleen eliminated herself, Juan Pablo only had to send one woman home during the Episode 7 Rose Ceremony.

Sharleen may have been the first woman to eliminate herself on Season 18 of The Bachelor, but she won’t be the last. ABC teased that next week on The Bachelor, there will be some drama in Georgia when Juan Pablo meets Andi Dorfman’s family. It looks like her Dad doesn’t approve of Juan Pablo. And, Andi can be seen in the promo video crying that all she wants to do is “leave the Fantasy Suite.”

According to Reality Steve, The infamous Bachelor spy and blogger, Andi Dorfman will eliminate herself next week on Episode 8 of The Bachelor. For some women getting your Dad’s approval of the man you want to marry is a deal-breaker, and it looks like Andi Dorfman is one of those women.

Juan Pablo seems to be having one of the easiest stints as The Bachelor yet, he doesn’t even have to eliminate women, they are doing it for him! It’s beginning to look like Clare Crawley or Nikki Ferrell may win Season 18 by default.

Are you sad to see Andi Dorfman leave Season 18 of The Bachelor? Or, do you think Juan Pablo would have sent her home soon anyways? Let us know in the comment section below!