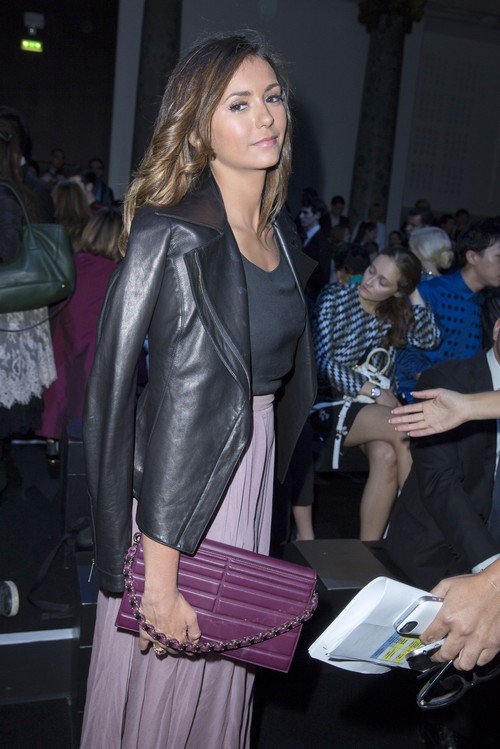 It’s no secret that Nina Dobrev is trying to transition into films. She’s said as much, and she’s slowly starting to build her film resume. She started out with bit film parts when she got the job of headlining the Vampire Diaries, but the show has slowly garnered a passionate fan base and has allowed her to dip her toes into movies as well. But unfortunately, most movie stars – especially attractive ones that are still young and upcoming – are often sold as sex symbols. Nina’s upcoming role in Let’s Be Cops exemplifies that perfectly, where her topless scenes are showcased prominently in the trailer.

But when such an actor or actress is sold as a sex symbol, a big issue for the audience is believability. Guys who are being subjected to Nina as a budding movie star won’t be as interested in her if they know she has a boyfriend. This phenomenon is much more present with female fans than male fans, but it’s still there with both genders to a large degree. Fans – especially in this day and age of social media – want to know that the person they’re crushing on doesn’t have a significant other. Obviously, these fans can objectively say that they have a 0.001% chance of landing this movie star in real life, but that’s why they call it fantasy and obsession. In the end, it’s all about building the image, and if Nina is being sold as a desirable sex symbol, dating 35-year-old Ian Somerhalder won’t go along with that image.

In the end, I don’t believe that Nina even wanted to stay with Ian, even if the fans wanted them to stay together. Ian may have wanted to settle down with her, but Nina is still way too young to entertain the notion of marriage and babies – especially with her career taking off. So it’s really a win-win for her to break up with Ian and help her career and public image in the same shot.