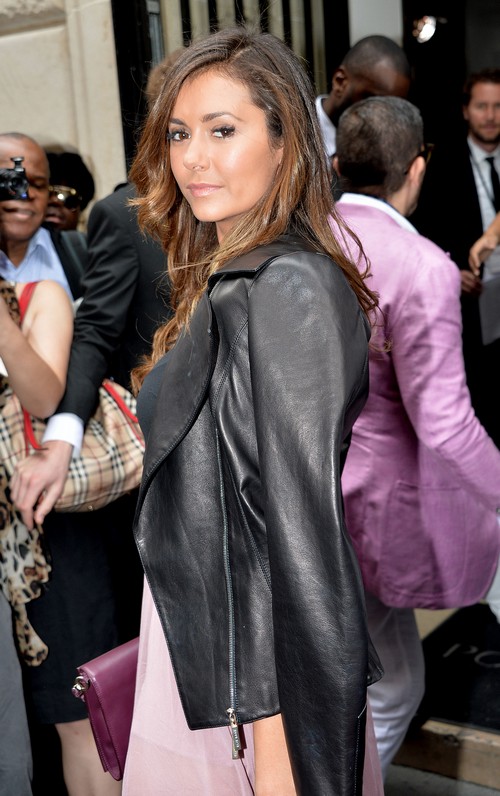 Nina Dobrev and Ian Somerhalder have been stuck in a cycle of breakups and makeups since the beginning of last year, but they may finally be giving their relationship another chance. Sources close to the couple tell us that Nina and Ian have already gotten back together on a trial basis, but they’ve decided that it was a success and want to continue dating each other. It took a while to convince Nina that it was a good idea, but it was reportedly her mother’s intervention that did the trick.

Nina’s good-girl image in the industry was taking a hit with the unending rumors about her flings, ranging from her co-stars to Muse rockers. She may have just been having fun, or she could have been trying to make Ian jealous. Whatever her reasons, they weren’t enough to stop her her team from intervening, and I guess they all assumed that her getting back together with Ian was the best course of action for her.

Of course, it’s not as though Nina doesn’t want to get back together with Ian – she and Ian were still hooking up, but on an open basis. However, with all the negative publicity that went along with that plus her family’s intervention, Nina may have realized that being in a stable relationship with Ian was what she wanted. Besides, those two have such great chemistry together that I don’t think their feelings will ever go away.

Obviously, the fact that Ian is no longer on The Vampire Diaries will take some getting used to, and may pose a problem for their relationship. But if they truly are ready to commit to each other again, expect to see them making an effort to spend time together. Plus, Nina’s movie career is taking off, so seeing a collaboration between them in the future isn’t out of the realm of possibility.