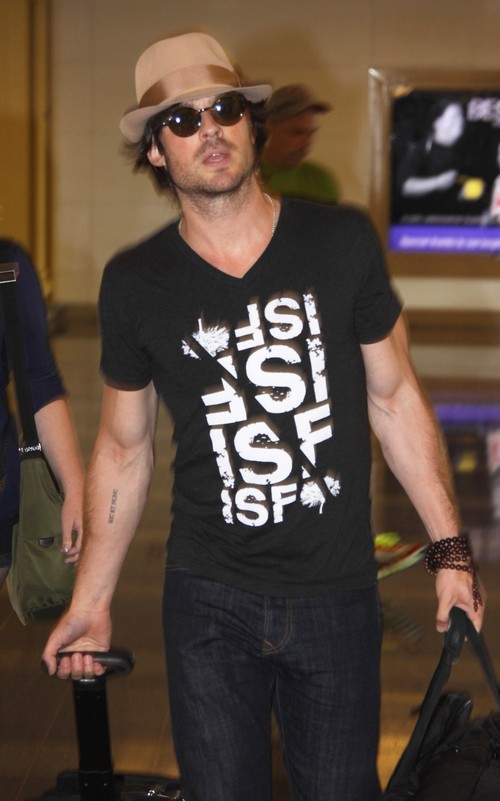 Nina Dobrev is mired in a ton of controversy right now, not least because she’s being linked to every eligible bachelor in Young Hollywood. Co-stars? Check. Ex-boyfriends? Check. People she has dinner with? Check. We can obviously guess that the tabloids are exaggerating a vast majority of those stories, but most people still take tabloids at face value. That means that the more Nina appears in these stories, the more her reputation gets affected.

Up until last year, Nina had a pristine reputation in the industry, especially when it came to guys. She dated Ian Somerhalder, everyone knew it, and it wasn’t a big deal – except to fans of the Vampire Diaries, of course. It was only after her breakup with Ian that things started getting heated, with Nina being linked to many different men in the space of just a few months. And lest you think it’s all rumors, there are some legitimate reports and sources that have confirmed a large number of those hookups.

Now, Nina’s entitled to date whoever she wants, and she’s probably taking advantage of that. But unfortunately, Hollywood has a twisted double standard when it comes to women sleeping around versus men sleeping around – i.e., the men get praised for it, and the women’s reputations get ruined. We’ve seen it time and time again, and sources tell us that Nina’s team is worried that the same thing’s happening to her. Because she’s become so prevalent in the tabloids and the media, and most notably for her romances, her public image will inexorably be linked to that. In the end, that’s going to end up affecting not just her reputation in the industry and among fans, but also the roles that she’s cast in the future and her career in Hollywood.

Thus, her team [including her mother] are reportedly pressuring Nina to get back together with Ian and/or settle down before the damage to her reputation becomes irreversible. But will she listen?