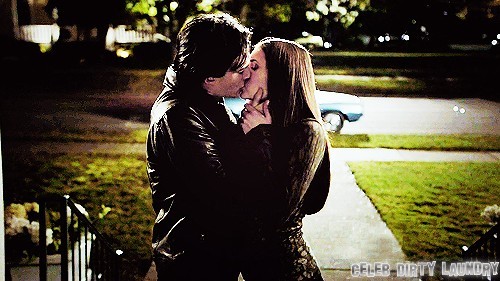 Celebrities, Like Ian Somerhalder and Nina Dobrev pretending that they hate each other and are in a feud for the sake of media attention and ratings? Why, you don’t say!! A lot of the public and unsuspecting fan base gets suckered into thinking that their idols are perfect, and that they would never, ever call the paparazzi or that they would never, ever play up a rumor or a feud for media attention. I hate to break it to you guys, but that’s almost never the case. Take Nina Dobrev and Ian Somerhalder, for example. Two seemingly well-adjusted actors who dated for a while, and then ended things on ‘amicable terms.’

Now, whatever the truth, there’s a reason that Nina and Ian are not denying any of these tabloid rumors. It’s because stupid or not, annoying or not, inaccurate or not, they indirectly help the Vampire Diaries’ ratings and they also help keep Nina and Ian in the spotlight. Don’t believe me? Just look at the comments page on any Nina Dobrev and Ian Somerhalder article, and then look at their fame directly in proportion to that. These are two TV celebrities on a hit CW show – the amount of attention they get is usually related to their tabloid drama, not their place in the TV hierarchy or even their fame levels.

Don’t you guys agree? At very best, Ian and Nina are B-list actors, and yet, their fan base makes them look like they’re A++++. So of course they’re not going to say anything, and of course they’re going to let the feud rumors run their course.