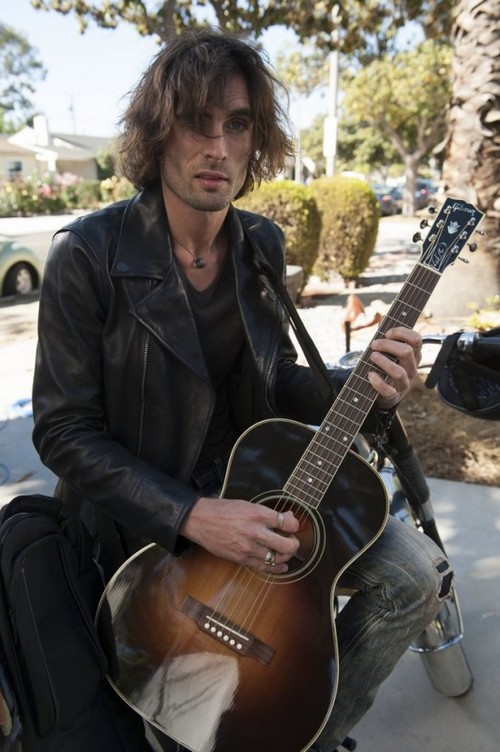 Tonight, the hit show Parenthood airs on NBC with its 11th episode of season 12. The episode is titled “Stay a Little Longer” and on the show tonight Carl attends a fundraiser with Sarah.  If you missed last episode before the winter hiatus, CLICK HERE for a full recap.

On the last episode Julia got confronted by Ed and Joel stepped in. Zeek made a new friend while Camille was away. Drew remembers old feelings and Natalie got jealous. Carl attended a fundraiser with Sarah and she was pleasantly surprised to learn more about him.

Julia is having a hard time dealing with gossiping and catty moms at her kids’ school. She finally confronted them to put them in their place, but she could hear their snickering the moment she left them.

Crosby was enjoying some family time at home when work decided to disturb him. His newest star Oliver Rome is having problems with the rest of the band. He says he’s tired of all their crap and needed a place to crash. Crosby agreed to have him stay with them despite Jasmine mouthing “no” while agreed. She didn’t want to have to deal with a boy trapped in a man’s body. Crosby didn’t see the problem, but he did notice how stressful Jasmine was later. Their son is fascinated by the rocker and listens to ever word the older man says. So much so that he agrees to Oliver telling him to one day roll his own cigarette rather than buy it. These aren’t the lessons either parents wants Jabaar to learn.

Max appeared to have lost his only friend at school. Adam was picking him one day and tried to wave over and say hi when Max told him to stop doing that. He said he wasn’t friends with the other kid anymore and then he dropped the subject. Nothing else! Adam and Kristina want to why though. Kristina wanted to ask the other boy’s parents if they knew what caused the break when Adam stopped her. He said Max was too old for them to run interference with his friends’ parents. If they want to find out then they just have to wait until Max is ready to talk.

Ryan came by the old apartment to pick up his stuff. It was a bit difficult with Amber. They were trying to keep distance from each other when not too long ago they used to be engaged. Amber did her best to appear calm in front of him and then she cried when she was alone. Ryan later had a talk with Zeek of all people. Zeek wanted to know if it was their earlier that pushed Ryan into re-enlisting. Ryan reassures him that it wasn’t because of anything Zeek said. He had to do it for himself.

Sarah had an interview for a photo-shoot. Yet she hadn’t expected to be competing for the job with Hank. Hank was awkward throughout his interview and probably correctly guesses he wasn’t going to get it when he spotted Sarah outside in the waiting room. He was surprised to learn she was trying out for the same job. Frankly, he didn’t think they were moving in the same circles. Later he goes over to Sarah’s place because he has to ask how she got the interview to begin. When she mentioned she had gotten a reference from Carl; Hank got an attitude. To him, Sarah is still untried and suddenly she has friends getting her such large accounts.

Sarah did get the job and after what Hank said she didn’t feel like she deserved it. Carl talked her out of doing something stupid like turning down the offer.

Julia told her husband about the kiss. She tried to frame it in a way that nothing happened seeing as she didn’t reciprocate. Joel doesn’t see it that way. He heard everything and knows that Julia cheated more emotionally than she’s willing to admit. That’s the part he can’t get over. He’s so caught up on their problems that it’s starting to affect his work. His boss told him to leave his personal business at home. At work he should at least attempt to be professional.

Adam can’t catch a break. He heard from Max what happened with Micah. Max had told his friend that he can’t play basketball in a wheelchair. He didn’t mean to be brutally honest and yet he was. His words hurt Micah. Something his father had to point out to him. Adam then tried to make the situation better by offering to take both boys to a basketball game. Max didn’t deliver the message as well as he could have. He stomped onto the basketball court interrupting a game in order to tell Micah about the peace offering. Micah was embarrassed and told Max he wasn’t going.

The second problem for Adam was Oliver. Oliver isn’t following through on contract obligations. He doesn’t want to go back into the studio. All he wants to is to have fun and corrupt Jabaar. He won’t listen to Crosby and he won’t listen to Adam. It takes Jasmine to inspire him. She’s the one that realized he wasn’t’ being difficult for the sake of it. A part of him was scared to be that close to dream. With Jasmine’s support, he’s going back to work.

Zeek went and saw Amber. He told her she should say goodbye to Ryan before he deploys. At first she was mad he was butting his noise in without taking her side. Nevertheless she followed his advice. She hopes her grandfather is right when he said everything was going to be alright.

Hank heard Sarah got the job. He saw it coming from a mile away. Why wouldn’t they hire Sarah over him? Everyone likes her while the only person willing to pick him over her is Max. Luckily though Sarah doesn’t want to necessarily “win” one. She wants to be his equal and so she invited him to work with her on the project. Although she will be the boss in the situation.

Adam and Kristina took Max to the game. They still wanted their son to have fun.

Julia looked up marriage counselors hoping to get Joel to attend a session with her. Problem is he doesn’t want to go. He feels he couldn’t have done anything differently. If there is a problem then it’s with her. As of now he’s only staying because of the kids.