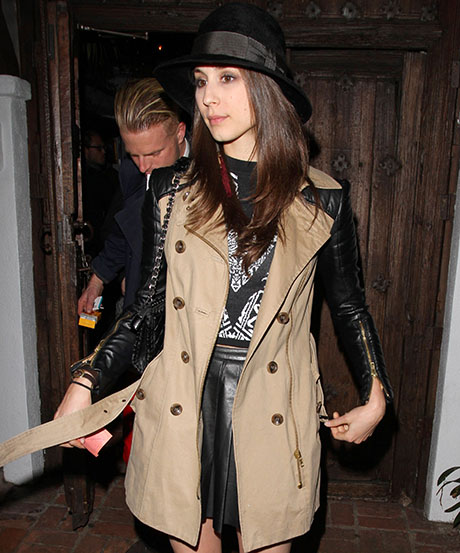 Patrick J. Adams wasn’t able to keep his secret for long, as the Suits star, who’s involved in a relationship with Pretty Little Liars star Troian Bellisario, was caught kissing a sexy blonde at a Canadian nightclub! The couple reportedly got engaged this past February after dating for approximately three years, but that apparently didn’t stop Patty from exploring while roaming through Canada. This all went down at the hotspot F-Stop.

“At one point, the blonde jumped up and sat in Patrick’s lap, and he had his arm around her shoulder,” a source who was at the club tells Star. “Occasionally, other people would come over and try to talk with him, but it seemed clear to me that be basically wanted to be left alone.”

The source adds that they were seen “hugging and grinding on the dance floor,” and that they were even spotted sharing a kiss. Oh my! “In my opinion, for someone who’s supposed to be engaged, he didn’t really seem like he was trying to be inconspicuous with this woman!”

Certainly interesting news. Seems as if the drama in Troian’s life doesn’t end when she stops filming PLL. Poor Troian. She’s got it tough enough on her hit ABC Family show; the last thing she needs is more craziness and boy drama in the real world!

Do you think this was just a brief slip of Patrick’s tongue — or do you think T should take this as a sign and dump this cheater for good? Leave your thoughts in the comments section below.