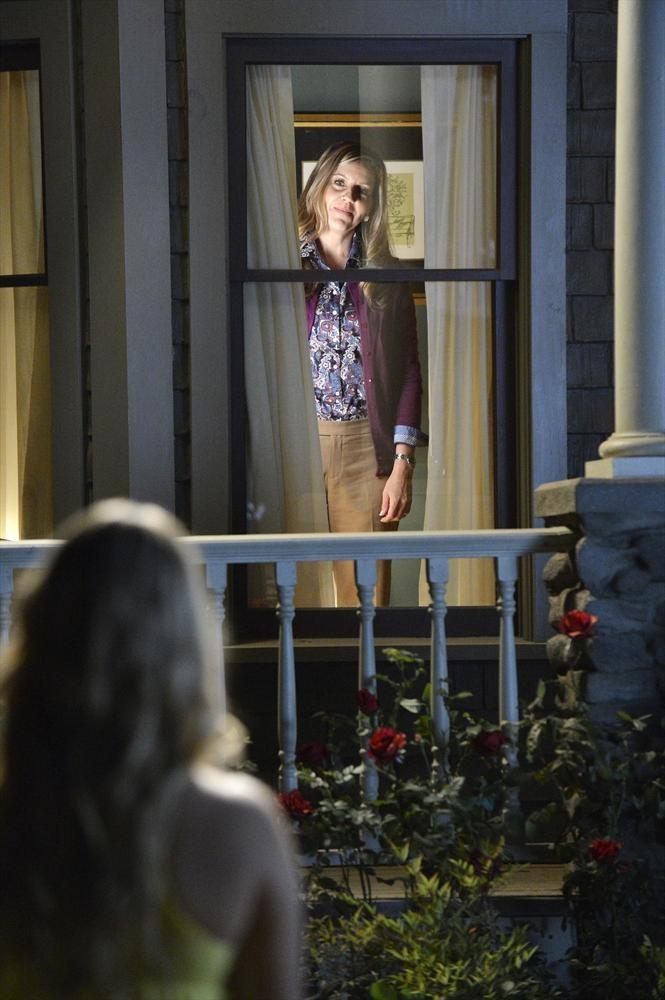 The Pretty Little Liars Season 4 finale left us in absolute shock last month, and it is excruciating waiting until June 10th for PLL to return to ABC Family with their Season 5 premiere. We searched high and low and put together a Pretty Little Liars spoilers round-up, so PLL fans know what they can expect to see this Summer. And, according to the PLL spoilers below, this may just be the best season yet!

Tyler Blackburn left Rosewood last season and travelled to the uber creepy neighboring town of Ravenswood, where he starred in his own PLL spin-off. Ravenswood didn’t garner the ratings that the PLL writers expected and was axed by the network after just eight episodes. It was announced after the cancellation that the PLL writers would write Tyler’s character Caleb back into Pretty Little Liars for Season 5. Hanna Marin (his long-time girlfriend) was finally moving on with a new guy named Travis, so it will be interesting to see whether they get back together or not.

The title of Season 5 Episode 1 is “EscApe From New York,” and we’re assuming that means it will pick up exactly where we left off in the Season 4 finale. A lot of times a new season starts it picks up a few weeks or even months after the previous finale, but this summer that will not be the case.

It’s hard to believe but we have been watching Pretty Little Liars for over four years, and this Summer PLL fans will tune in to the drama’s 100th episode. The writers and cast have all hinted about a special episode for the 100th but there is no news yet on what they have up their sleeve. It was revealed at Paley Fest 2014 that the 100th episode will be the episode that Caleb returns to Rosewood.

It’s hard to believe that we have been seen four seasons of Pretty Little Liars, and never seen a Rosewood Christmas. It has always worked out that Pretty Little Liars airs during the summer and then generally returns in January for a Winter season. We have never even seen snow in Rosewood, which is strange since the town is located in the North East. Rumor has it we will get to see both during Season 5, snow AND Christmas. Marlene King tweeted that there would be a holiday episode and a snow day episode during Season 5.

Jenna Marshall was MIA the majority of Season 4, the actress that played Marshall, Tammin Sursok was on maternity leave. It has been reported by multiple websites that Sursok will be returning to Pretty Little Liars for the 5th season. Melissa Hastings will also be making an appearance or two in Season 5 of PLL, which is a good thing because she’s got some explaining to do. What did she whisper to her Dad in the Season 4 finale?!

The titles of Episode 2 and Episode 3 of Season 5 have been revealed, and they aren’t half as self-explanatory as the first episode’s title. Episode 2 is referred to as “Whirly Girl,” and Episode 3 has been titled “Surfing The Aftershocks.” If you have any idea what “Whirly Girl” could possibly mean, feel free to let us know in the comment section below.

If you were one of the few people that did watch Ravenswood then you will be happy to hear that some of the characters from the spooky town may turn up in Rosewood during Season 5. Marlene King told Zap2It in an interview, “We’ve certainly talked about it. The [Ravenswood] kids are all fantastic and they have become good friends with Caleb, so it’s certainly possible that they would come into his life when he returns to Rosewood.”

It was revealed that Chloe Bridges has landed a recurring role on Season 5 of PLL and will appear in multiple episodes. Bridges will play the part of Sydney Driscoll, a new girl on the swim team that befriends Emily. You will most likely recognize Bridges from her role on the CW’s Carrie Diaries, she played mean girl Donna LaDonna.

Lucas (Brendan Robinson) is slated to return in Pretty Little Liars Season 5, Lucas was MIA for nearly all of Season 4. It will be interesting to see how he reacts when he finds out Alison DiLaurentis is very much alive and back in Rosewood, seeing as how she tormented him and nicknamed him “Hermie Hermaphrodite” before she disappeared.

There may be some supernatural entities in Rosewood during Pretty Little Liars Season 5. Marlene King told Zap2It that she hoped to wrap up some of the Ravenswood storylines during PLL since the series was cancelled and she thinks the few people who did watch Ravenswood should get some storyline closure. King stated, “We have a way to sort of visit a mini version of Ravenswood and I think we’ll probably try to do that, so that even as writers we have a little closure on that story. We didn’t have much of a chance to get that story told, but we’ll find some closure there.”