The Bachelorette 2014 Season 10 Spoilers: When Is Patrick Jagodzinski Eliminated by Andi Dorfman? 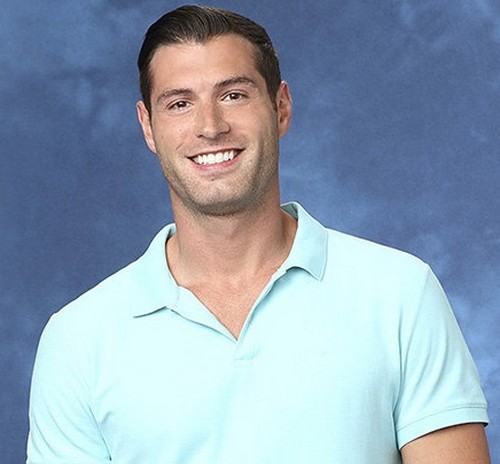 It’s that time of year again! Season 10 of The Bachelorette is set to premiere on Monday May 19th on ABC. The network has released official bios for all of Andi’s men, so we can get a sneak peak of this summer’s bachelors. And, it looks like Andi has her work cut out for her this summer!

On the Season 10 Premiere of The Bachelorette, Andi Dorfman will meet twenty-five men, and by the end of the night she will send six of them home, leaving her with nineteen potential fiancés. Of Andi’s nineteen potential fiancés is 29 year old Patrick Jagodzinski, an advertising executive from Newport Beach, California. (Patrick is also a former soccer player-hopefully that is the only thing he has in common with Juan Pablo.) Spoilers Follow!

In Episode 2 of The Bachelorette, Patrick will participate in a group date at OHM Nightclub in California, Andi’s guys will dress up in costumes and strip on stage down to their underwear for charity. According to spoilers that have been leaked, Patrick dresses up as a fireman for the date.

Patrick Jagodzinski makes it to Episode 3 of The Bachelorette, where he attends another group date and gets to perform in Santa Barbara at a mall will Boyz II Men. Next Patrick headed to Connecticut with Andi and the remaining bachelors and participated in another group date which will be featured on Episode 4.

During Episode 5 Andi eliminates Patrick at the Rose Ceremony in France, and his stint on The Bachelorette comes to an end.

Do you think that Andi made a mistake by sending Patrick home so early, or are you surprised he made it that far on Season 10 of The Bachelorette? If you want to know who wins Andi’s heart and the show click here to see which lucky bachelor is engaged to Andi. Let us know what you think in the comments below!