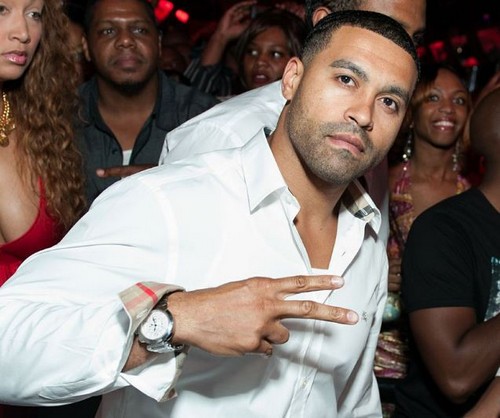 While Apollo Nida is losing his freedom, wife Phaedra Parks might be hoping to gain hers. Apollo Nida, who appears with his wife on Real Housewives of Atlanta, was sentenced today to eight years in prison for a money fraud scheme he masterminded.

As CDL reported back in January, Apollo Nida was charged with multiple fraud charges and was responsible for cashing stolen checks and money laundering. Nida will be serving his time in federal prison after getting a break in what could have been as much as 30 years in prison, which is the maximum sentencing for a money fraud scheme of this magnitude, reports TMZ. Nida better hope his accomplices don’t do time with him because from what it sounds like, he folded when talking to prosecutors in order to get leniency. The judge who sentenced him confirmed Nida received leniency for cooperating with federal investigators by sharing details of his highly organized money fraud scheme.

Back in March, CDL spilled about Phaedra’s business dealings with her hubby and how some were speculating that she was involved in one or more of his schemes. Now, Phaedra feels she is in the clear and she is ready to close this chapter in her life. While staying with Nida to keep up appearances, she might now feel free to break away from this mess and all the problems her bad boy hubby has brought on to her. Phaedra will hang in there for a little while, just to be sure she doesn’t anger Nida by pulling the plug on their marriage while he may still be talking with investigators. For now, she’ll play the supportive wife, but soon enough she will do what she has wanted to do for some time now and break free.

Phaedra feels she can do much better and doesn’t want to be tied to Apollo in any way. She feels an enormous weight off her back and doesn’t want the stress or drama in her life any longer. For now, she’s promised him she’ll wait for him and be the dutiful wife, but as soon as the dust clears out…so will she!

You heard it here first, CDLers!