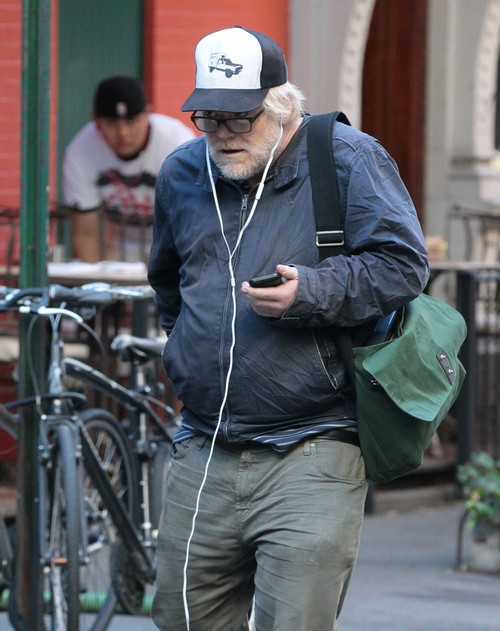 Hoffman was separated last Fall from his long-time partner Mimi O’Donnell. The pair have three young children together, which they were raising in a home in New York. In October of 2013 the couple split, and Hoffman moved into an apartment a few blocks away. Could this separation have put Hoffman into an emotional tailspin that combined with his heroin addiction was too much for him to bear.

Phillip Seymour Hoffman wasn’t handling the separation from his long time partner Mimi and their children well. When he recently appeared at the Sundance Festival, witnesses stated he appeared “withdrawn” and refused to give any interviews. Check the video below and you’ll see that Philip looks like he’s possibly on heroin – definitely messed up.

Hoffman was no rookie heroin user, he has actually fought a heroin addiction off and on throughout his life. The actor did a few stints in rehab, just last year, but he checked himself out after only 10 days of detox. You don’t beat heroin addiction in days – if you can beat it at all it takes many long months and lots of hard work. In fact 10 days isn’t even enough to get clean, let alone beat the addiction. So it’s safe to assume that Hoffman left that rehab/detox and went right back to using heroin.

Fans are beginning to question if Hoffman’s overdose was intentional. He had made arrangements to pick his kids up early Sunday morning at 9 AM. Hoffman had dinner with friends at 7 PM Saturday night (Daily Mail),

Mr Hoffman enjoyed a cheeseburger with friends at one of his favorite restaurants.

In Touch reported the actor dined at West Village restaurant Automatic Slims with two other men from around 7 p.m. A witness told the magazine he was drinking cranberry and soda and seemed ‘totally fine.’

Did Phillip Seymour Hoffman chose to end his life today? Was Hoffman’s death a suicide and not an accidental overdose?