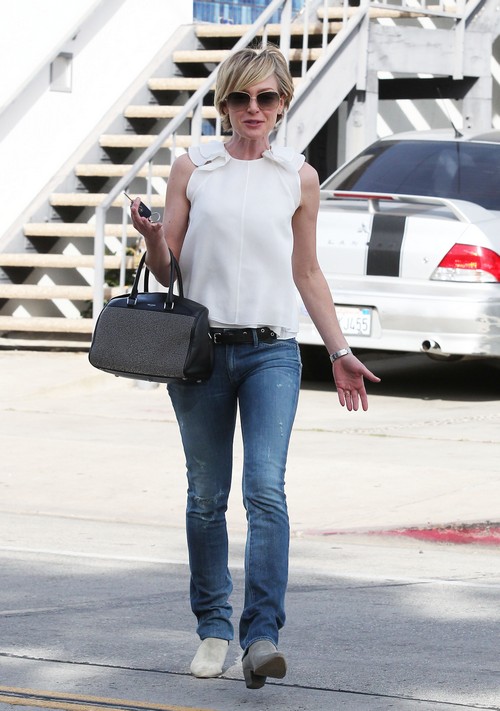 According to a report from the National Enquirer, Portia De Rossi and Ellen DeGeneres are fighting because Ellen jokingly called pregnant Drew Barrymore ‘fat’.

A source tells the Enquirer, “Ellen’s “flippant jab about Drew’s weight has put her already rocky marriage to Portia at risk. She screamed at Ellen that she needs to be a better champion of women of all shapes and sizes. She couldn’t believe Ellen would fat-shame a pregnant woman and said it was like a knife in her own back.”

At this point, the Enquirer will use any excuse to bring up the rumored trouble in Ellen’s marriage to Portia. However, they really should come up with a better reason for why Ellen and Portia would be fighting, because this isn’t it. Sure, I can see how Portia would get angry at Ellen’s weight joke, especially since she herself has gone through weight struggles in the past. But anybody who heard the joke [made at the People’s Choice Awards last month] understood the context in which Ellen was making it, which was flippant and meant to be sarcastic.

Clearly, the Enquirer doesn’t seem to understand sarcasm, and assumes that Portia doesn’t either. One does not get married to a comedian and then not understand what is a joke and what isn’t. But then again, maybe their marriage is in so much trouble that even the smallest thing is setting them off.

What do you guys think? Are Ellen and Portia fighting over Ellen joking about Drew’s weight, even though Drew herself doesn’t seem to care? Let us know what you think in the comments.