Pregnant Jessica Biel Threatens Justin Timberlake With Divorce – Will He Stop Partying and Commit to the Marriage? 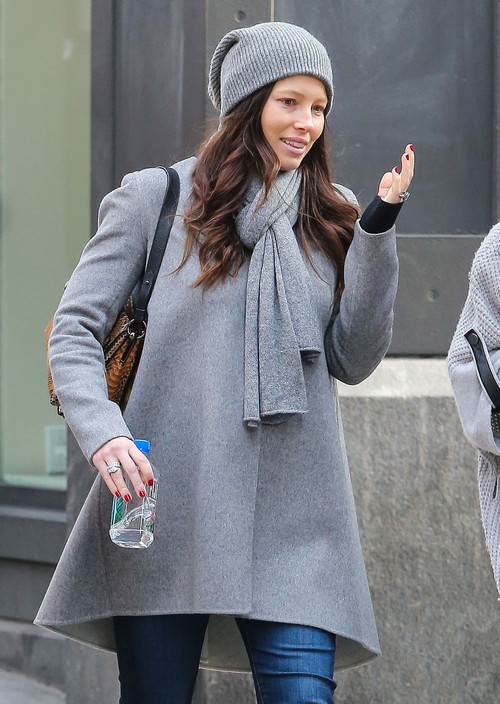 It’s no secret that Jessica Biel and Justin Timberlake are on the verge of a divorce, apparently Jessica’s unexpected pregnancy this year with their first child wasn’t enough to change Justin’s ways and save their marriage. Rumor has it that Jessica’s baby bump has actually put even more stress on the actress and singer’s already troubled relationship. But, Jessica has had enough – and she has officially given Justin Timberlake one last chance to get it together before their baby is born, or else she is divorcing him.

The December 29th edition of Star Magazine reveals, “Things have gotten so bad for the rarely together couple, in fact that friends say Jessica recently issued Justin an ultimatum: If he doesn’t step up and fully commit to their relationship and growing family, she’ll pull the plug on their two year marriage. Even after their tumultuous seven years together on and off – Jessica has never really gotten used to Justin’s hectic lifestyle, particularly when he’s on the road. She’d heard all of the rumors about his alleged infidelities, but she still held on hope that he would change his wild ways.”

In January, Justin’s world “Mirrors” tour will officially come to an end – and then it will be the moment of truth. Either Justin will take some time off from work and head home to Jessica and their unborn baby and play house, or else book more gigs and continue his wild “on the road” lifestyle while Jessica is home alone and pregnant. Do you think that Justin Timberlake will actually change his ways and settle down in 2015? I he doesn’t – will Jessica actually divorce him, or is she all talk? Let us know what you think is in the couple’s future in the comment section below!