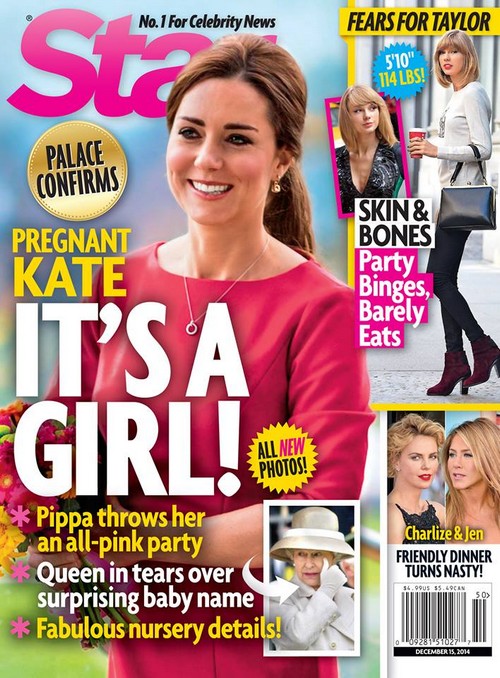 Star’s source adds, “There were pink-iced cupcakes, pink cocktails, and a huge white cake. Pink sponge [cake] and strawberry filling.” And I can’t see the royal family – one of the most traditional families in England – having a pink themed baby shower for a boy, I’m sorry. Even if it was technically Pippa Middleton that threw that baby shower, it’s still a clear indication that they’re expecting a girl. Plus, all the evidence suggests that Prince George will be getting a sister come spring, and Prince William will be getting a daughter. In fact, it was actually weeks ago that Kate Middleton and Prince William were photographed coming out of the doctor’s office, and they both looked so ecstatic [especially Kate] that it seemed impossible to hide the good news. Both of them have expressed interest in having a baby girl in the past, and it makes sense that they would be over the moon about the news.

I don’t expect the royals to confirm this news right away, especially since they’ve played their cards close to their chest in the past. I imagine we’ll have to wait until the actual birth to get ‘official’ palace confirmation, but is there anything more official than having a pink-themed baby shower? Now, it’s only a question of what Baby Girl Cambridge will be named. Seriously though, there is no evidence that Kate ha had a baby shower at all, let alone a pink one.

What do you guys think? Is this all an elaborate ruse to throw the public off the trail in regards to the royal baby’s gender? Or is Kate Middleton actually having a baby girl? Let us know your thoughts in the comments below.