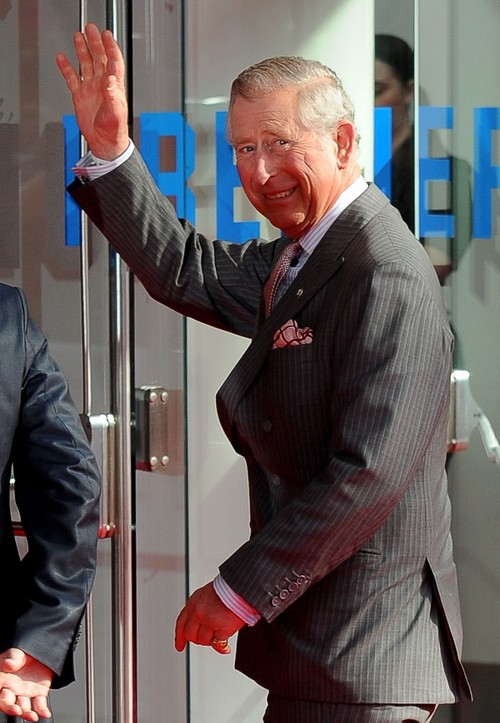 Things are always tense between Prince Charles and Camilla Parker-Bowles but it must be a little bit icier since Prince George has arrived. It has already been well documented that there is absolutely no love lost between Camilla and Kate Middleton and Queen Elizabeth has really lowered the boom. Just as she was directed to steer clear of Kate near the end of her pregnancy she likes to pretend like George doesn’t exist, except for special occasions. Meanwhile, Prince Charles seems to be trying to make up for being MIA while William was small and is morphing into a hands-on grandfather.

Charles gave a speech at the Prince’s Trust and Celebrate Samsung Success Awards and after it was interrupted by a crying baby he opted to ad lib about his own grandfatherly duties. He claimed to be taking lessons and now understands a little bit about how babies cry for different things at different times. For some reason I can totally believe that this learning curve was lost on him when he was raising his young sons so it’s great to see him even want to be this involved now as a grandfather.

Of course the closer Charles is to William, Kate and George the more Camilla fumes and rages. In her mind Charles’ son is the enemy, the biggest obstacle in between her and the throne and it makes her sick to see her husband embracing this young family even if they are his flesh and blood. Can you blame the royals for keeping Cami away from the baby? Tell us your thoughts in the comments below!