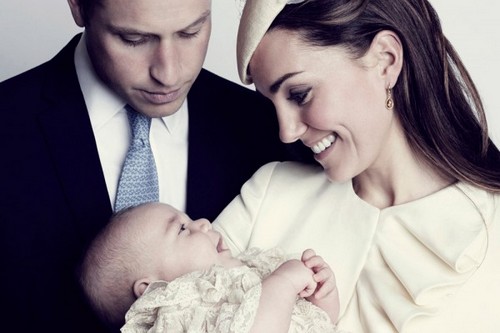 Is it weird that the British royal family avoids using English nannies as much as possible? According to reports, Kate Middleton‘s new nanny for Prince George is Spanish. It might be because British nannies tend to get a bad rep with high society families in England, with most of the complaints around them being centered on the rumor that they’re ‘lazy’.

Anyway, whether she’s English or Spanish, George’s nanny is going to have her work cut out for her. Kate and Prince William have left George with her while they’ve gone on yet another vacation, this time to the Maldives. I’m not sure how smart it was to leave George with his nanny on the first month that she got the job, but I guess they’re getting her used to the baby faster? And vice versa? Either that, or they trust her enough to leave her with George at such a short notice.

A source tells Hello! Magazine [via the Royalist], “She has worked with other prominent high-society families in the past. It was from there that the Cambridges heard of her and hired her. She is not married and doesn’t have a boyfriend as her life is totally dedicated to the family she is working with. She is known for being totally professional – married to the job.”

Well, I suppose that’s exactly what the royals are looking for – someone who will put George above everything else. But even still, I would think they would want to vet her more thoroughly before leaving her alone with George for longer than a day. And yet, it’s also practice for their upcoming tour in Australia and New Zealand, which is now just a few weeks away.