Prince Harry and Cressida Bonas Dating, Back Together: Getting Engaged After Hiding Relationship? 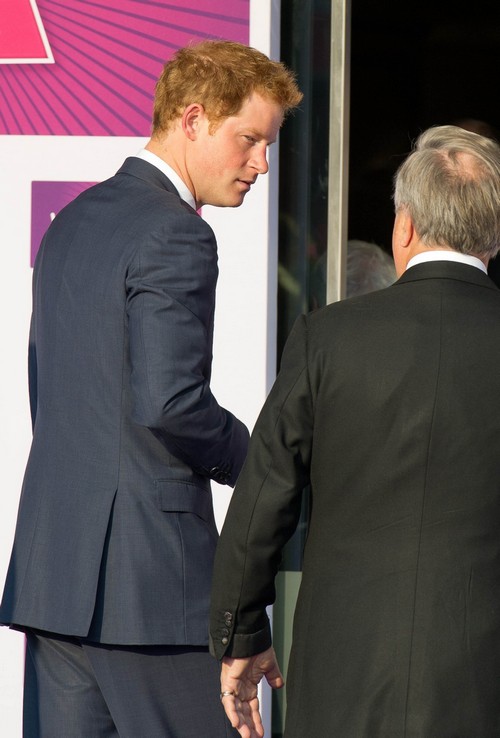 The royals might have been hoping that Prince Harry’s movie date with Cressida Bonas was a one-time thing, but new sources tell the Royalist that Harry and Cressida are dating and back together as a couple again. We wouldn’t be surprised to see them engaged after all!

Harry’s and Cressida’s romantic history has been fraught with complications, but the two finally broke up a few months ago – ostensibly because Cressida wanted a movie career and she hated being in the limelight. Um, does Cressida Bonas not realize that becoming a movie star is pretty equal to living your entire life in the limelight? If she thinks that being Harry’s girlfriend is bad, I’m not sure what she’s expecting if she succeeds at becoming an A-list actress.

Either way, the duo broke up amid rumors of engagements, weddings, and pregnancies. Prince Harry was then linked to Camilla Thurlow for a few weeks, a poised upper-crust socialite who was everything the royal family was looking for – posh, nice, non-famewhorey, and super charitable. Once again, there were rumors of Harry getting engaged to Camilla Thurlow, but despite what I’m sure was major family pressure, Harry couldn’t let go of Cressida. Sources confirm that Harry and Cressida continued meeting up in secret over the summer, including at the Wilderness Festival in mid-August. Cressida then made an appearance at the Invictus Games closing ceremony in September, reportedly because she knew how important it was to Harry. So basically, whatever was happening with Camilla or not, Harry and Cressida continued having their own little romance on the side.

Both Prince Harry and Cressida Bonas are taking great pains to keep their relationship private this time, with Cressida even attempting to throw the media off their trail by attending a big fashion party the night of Harry’s 30th birthday party. Except she then hightailed it out of the event and quietly slipped into Harry’s birthday party after midnight, causing a minor furor among guests who didn’t know that Harry and Cressida were back together. Sources confirm that Harry has been keeping his ‘cards close to his chest‘ this time around, but there’s no denying that Harry and Cressida are back together. Now, the only question is – will they stay together? And how much longer will the royals allow Harry to date Cressida without a marriage proposal? And will her movie star aspirations come in the way of their relationship?