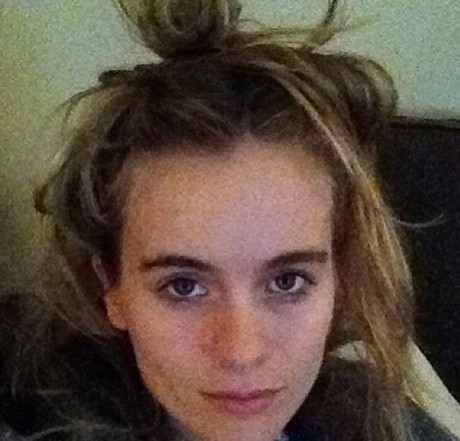 Cressida Bonas recently posted a picture on Tumblr featuring her with no makeup as part of a campaign to raise awareness for breast cancer prevention and research. In other news, Prince Harry, Cressida’s royal boyfriend, hosted a fancy dinner at St. James’s Palace benefiting Walking with the Wounded, specifically for the men and women who partook in the South Pole Challenge last year.

Here’s where things get interesting: Cressida was supposed to cohost the dinner alongside Harry. Not only was she not seen in a cohost role, but she wasn’t seen in attendance at all! Yikes. Could this be a bad omen for the couple’s relationship? Many have speculated that Prince Harry’s due to pop the question to Cressida any day now . . . but perhaps she’s getting cold feet about not just a potential royal marriage but about the relationship as a whole!

Katie Nicholl of Vanity Fair reports, “Cressida Bonas was rumored to be attending her first official engagement at St. James’s Palace, but Prince Harry’s stunning girlfriend was reportedly notably absent at last night’s dinner to celebrate Walking with the Wounded’s recent adventure to the South Pole. According to my sources, Cressida was not at the lavish three-course champagne supper hosted by Prince Harry in the Queen’sapartments, even though she was expected to attend.”

Uh oh! Is the Prince Harry/Cressida Bonas relationship headed for a royal crash? Let us know what you think in the comments section below. We NEED to hear from you. It’s a royal matter of the utmost importance!