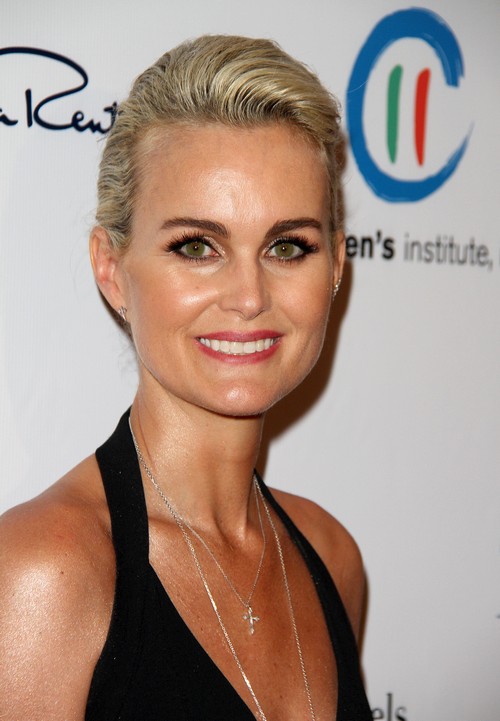 Prince Albert of Monaco and his wife Princess Charlene are expecting their first child together, expressing their ‘immense joy‘ in an official statement released today. This will mark Charlene’s first child, although Prince Albert already has two other children out of wedlock. Granted, neither of those children have a claim to the throne, so this will be the first child borne out of ‘royal heritage’. Of course, we can’t shit on Albert too much because at least he supports his two children out of wedlock with plenty of money, something that some other royals can’t claim.

The statement released read, “Prince Albert and Princess Charlene have the immense joy to announce they are expecting a happy event. The birth is due at the end of the year.” Yes, I’m sure Charlene is immensely joyful that she has yet another reason to stay with Prince Albert, even though she looks like she’s about to cry every time she’s with him.

Of course, the pressure to produce a royal heir probably got to her, even though she resisted for three whole years. The couple’s been married since July 2011, where the whole world bore witness to Charlene’s tears – not of happiness, but of hopelessness and sadness that she was being forced into marriage with Prince Albert. We also saw how indifferent Albert was to those tears, and realized just how tragic this marriage was. For the sake of their unborn child, we just hope that they manage to establish some semblance of a happy relationship, or at least a cordial one. And hopefully, he stops, ahem, stepping out with other women.

What do you guys think about the news? Let us know your thoughts in the comments below.