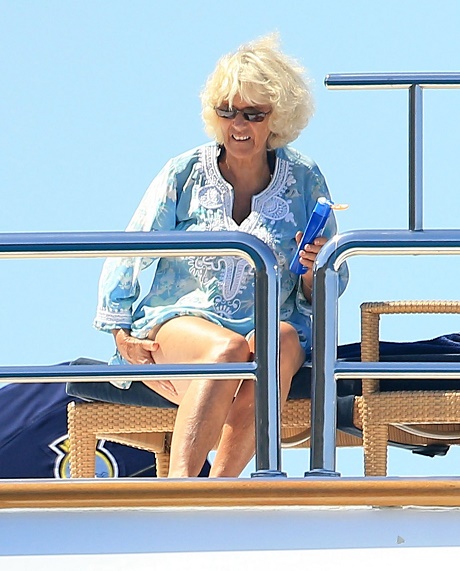 Sarah Ferguson decided to comment on Kate Middleton‘s pregnancy earlier this week, in a barely disguised holier-than-thou congratulations. But her thinly veiled contempt was at least hidden between a formal congratulations, which is more than we can say for Princess Eugenie and Camilla Parker-Bowles.

Our sources tell us that both Eugenie and Camilla have been the most vocal about dissing Kate behind her back, bringing to light their dislike and let’s face it, jealousy. They’re jealous that they can’t get nearly half the media coverage that Kate regularly does, even though they fancy themselves to be ‘true’ royals. They don’t like the fact that this ‘commoner’ has come into their family and is stealing all the attention.

Plus, they’ve been going around behind her back, commenting on how all she’s good for is breeding and birthing more heirs to the throne. To them, she’ll always be an outsider who’s come into the royal family because of her excellent fame game – not because she ‘earned’ it.

Jeesh, jealous much? Seriously, we already know about Camilla’s ill feelings towards Kate, but it’s hard to believe that the rest of the cousins and extended royal family feels this way about Kate. I’m sure most of them aren’t as bitter as Princess Eugenie, but then again, her mother did get snubbed during the royal wedding.

Her feelings towards Kate were no doubt tainted from that snub, and she’s been seething at Kate’s popularity since then. She probably also jumps up and down with joy every time Kate messes up or has a wardrobe malfunction, but even then, there’s nothing she can do about it except continue bitching behind Kate’s back.