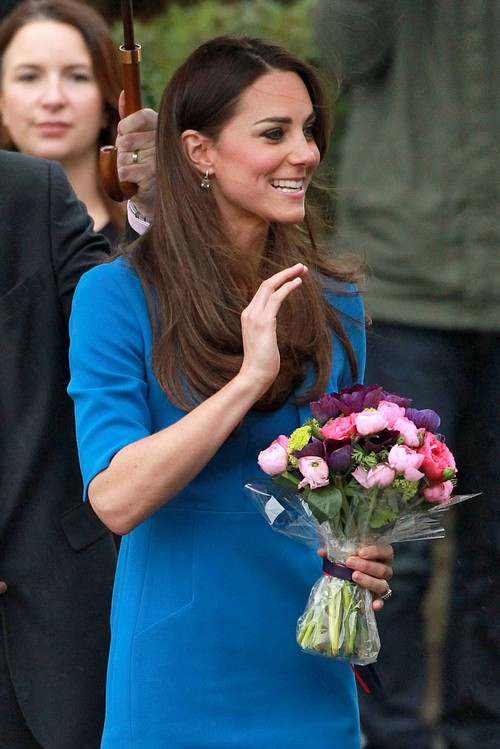 Gear up, y’all! Kate Middleton is pregnant with her second baby! We’ve been saying for weeks now that Kate is pregnant with her second child, but the palace was just waiting for the right moment to make the announcement. Well, either they got sick of the endless speculation or they figured this is the right time, since Clarence House just confirmed the pregnancy news on Twitter.

According to the BBC, Clarence House also released a statement saying that the Queen, the royals, and the Middletons were all ‘delighted’ with the news. However, it’s not all sunshine and daisies in the royal household right now, since the report also confirms that Kate is once again dealing with acute morning sickness.

As we all know, Kate suffered from the same issue during her first pregnancy with Prince George. In fact, I’m guessing that the royals went public with the news since they figured that Kate’s health would have people guessing the truth sooner or later. The condition that Kate has requires her to receive a lot of medicine and supplemental nutrition, and it’s not something she can get without attracting notice.

Clarence House also confirmed that Kate will not be accompanying Prince William on their planned appearance in Oxford on Monday, and it’s likely that she’ll drop out of all future public appearances for now. She’ll probably lie low for the next few months, at least until her health issues have mitigated a little.

The royals have also not yet confirmed the gender of the baby, but we’ll update you as we hear more from this developing story.

Prime Minister David Cameron tweeted: “Many congratulations to the Duke and Duchess of Cambridge. I’m delighted by the happy news that they’re expecting another baby.”