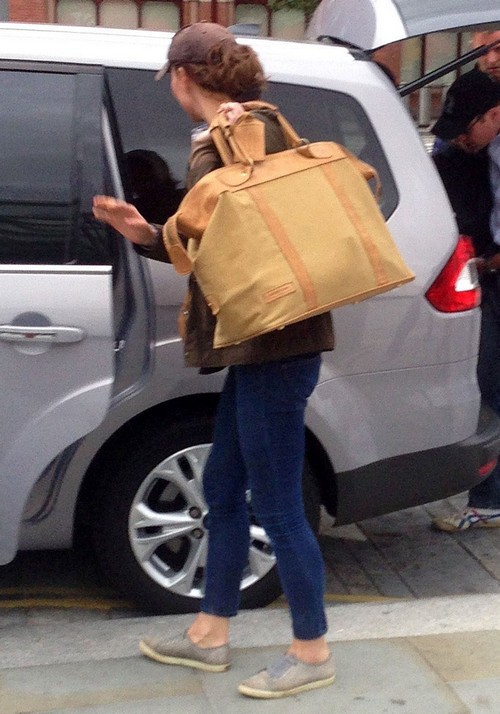 Kate Middleton‘s second pregnancy was confirmed by Clarence House this morning, along with the news that she’s once again suffering from Hyperemesis Gravidarum. It’s a rare morning sickness condition that affects about 3% of expectant mothers, and it usually kicks in around the 4 week stage and lasts until the 16-18 week stage. Based on this information we expect a due date in April 2015.

So how far along is The Duchess of Cambridge,  what is Kate Middleton’s due date,  and how long have the royals been hiding the pregnancy news? The Royalists’s sources claim that Kate has yet to reach the 12-week mark of her pregnancy, so it’s likely that she’s been pregnant for about a month or so, two at the most. In fact, I doubt the royals would have confirmed the news if Kate wasn’t dealing with this health issue again. But since pregnant Kate Middleton’s due date won’t be announced for some time we can assume that because the princess has had to pull out of various public engagements, the Palace was forced to announce the pregnancy early.

Now, the royals have also not confirmed the gender of the baby, nor have they commented on Kate’s due date or the progress of the pregnancy. It’s pretty obvious that it’s still very early stages of the pregnancy, and all we can say for sure is that Kate is still in her first trimester. She seems to be dealing with the morning sickness better this time than she did the first time, where she had to be hospitalized. However, she’s being treated at Kensington this time around, and sources say that since the royals know what to expect, they’re less worried.

So based on all the information provided to us, it is likely that she’s around the 4-6 week mark of her pregnancy, which means that she got pregnant around a month ago. Basically, exactly in line with our predictions, which means she’ll be giving birth next April or May.