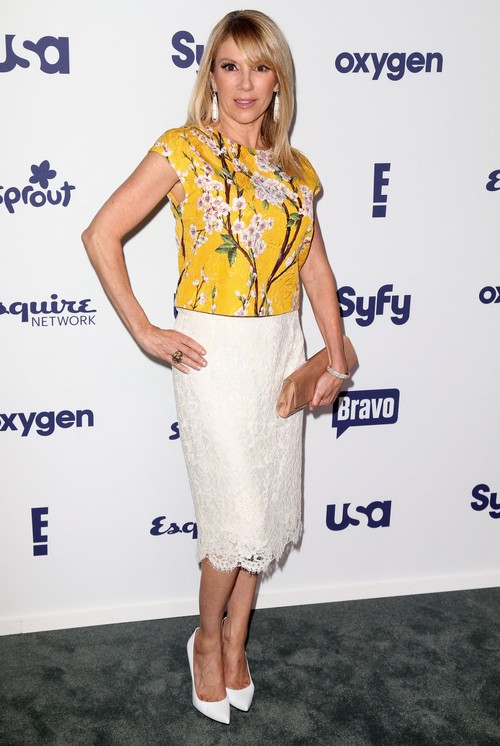 Ramona Singer of Real Housewives of New York City has had a bad few weeks. First, she catches her cheating hubby, Mario Singer, with his mistress after the couple of 22 years sought counseling to try to repair their marriage after he was first caught cheating but promised to end the affair. Now, news that she has been demoted on the show that she has been on since its premiere in 2008 will certainly sting the Real Housewives of New York City veteran. On a brighter note there are reports that Ramona will be starring in Millionaire Matchmaker since she is free from Mario Singer the cheater. Mind you, why would anyone go for Singer on Millionaire Matchmaker – the woman is ridiculous.

Us Weekly revealed that Ramona Singer, while not fired, will now have a recurring role (means part-time work), which can’t sit well with Singer, most especially while she embarks upon what will likely be a messy divorce. Singer has only recently began talking about her martial woes, previously opting to stay mum. Now, she is  starting to open up about his bad behavior as she gears up for a battle with her soon-to-be ex. Now Singer has to deal with the stress of losing her main cast member status. An insider told UsWeekly, “Bravo is casting the show around Heather Thomson, Kristen Taekman and Carole Radziwill. [When] Ramona carried the show, that is why ratings plummeted, they think.” Ouch.

Perhaps Ramona shouldn’t be too upset. Former cast member Aviva Drescher has been fired from the show, reports Us Weekly. Fellow original cast member, LuAnn de Lesseps had her main role changed to a recurring role in season 6. Now, it seems, Singer will suffer the same fate for season 7. Singer’s high paycheck may have also been a factor in the decision to demote her. Singer is likely going to use this time to try to reinvent herself and get a fresh start.

Are you sad to see her given a limited role, or is this a welcomed change for the franchise? Tell us what you think below!