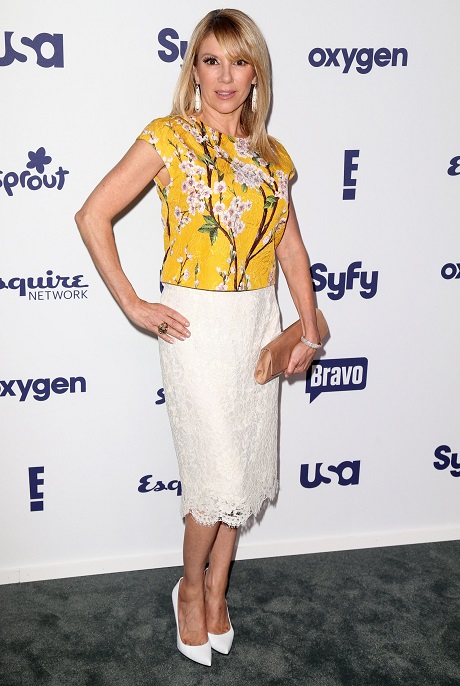 Ramona Singer and husband Mario Singer have had their fair share of marriage troubles, as shown on The Real Housewives of New York City. On the plus side, these same troubles have made her a household name in the Real Housewives world, which means increased income and an increased public profile. On the downside, that also means increased media speculation every time Mario cheats on her with another woman.

Mario has a history of cheating on Ramona, but he had promised Ramona that he and his mistress, Kasey Dexter, were done for good. Ramona took Mario back in March, and since then, he’s been low-key. But a recent photo released by In Touch Weekly shows that Mario’s just been biding his time and has already rekindled things with Kasey.

Apparently, Ramona already knows about the affair, AND has thrown Mario out – again. A source tells In Touch, “She threw Mario out in late July because she discovered he was back with his mistress.”

Yeah, except Mario clearly doesn’t care. Either he’s confident that Ramona will take him back eventually, or he really is happy to be rid of her. For whatever reason, he’s been happily flaunting his affair with Kasey, not even attempting to hide it from the press. The couple was reportedly kissing and holding hands in Montauk recently, and they were photographed in NYC last week. But Ramona’s also playing the game, changing her Facebook profile picture from the entire family to one of just her and her daughter.

It’s a message to Mario, and it’s clear as day. If he continues with that affair, he’ll be risking more than his reputation. But, then again, this could all be some elaborately drawn out hoax to get more people to tune in to the show.