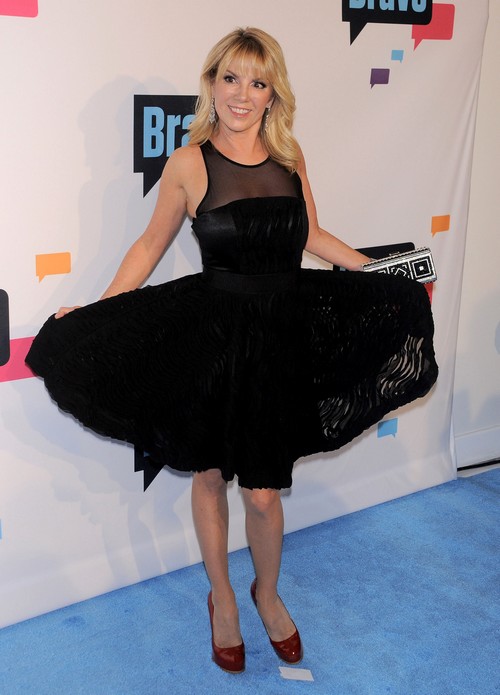 It looks like it was a smart move on Ramona Singer’s part to file for divorce from her husband of 21 years, Mario Singer. Rumors had been swirling since October that Mario had a secret socialite girlfriend that was young enough to be his daughter and we eventually learned a lot about 27-year old Kasey Dexter. Things got really messy last month when a domestic dispute between Ramona and Mario resulted in a police call. Mario had been staying at the couple’s Hampton’s home and Ramona paid him a visit. When she discovered Kasey there too she flipped out.

According to the Feb. 17th print edition of Life & Style magazine Mario’s affair has been going on for quite a bit longer than Ramona realized. He and Kasey met at a party last July and they began sexting immediately. By last fall he was renting hotel rooms with Kasey and also was paying for her apartment. She is now living with Mario in the Hampton’s.

After their clash on Jan. 29th Ramona filed for divorce a few days later. She wanted to send the clear cut message that she’s not going to stay in a marriage with a man that she knows is cheating. While the status of their relationship is more defined Ramona and Mario will likely be tangled in an interesting court battle to divide up assets. Do you think that Ramona really had an idea about Mario’s relationship with Kasey all along and just had to see it with her own eyes to make it real? Ironically, sources say Kasey is a gold digger and will likely stay with Mario until he quits paying her way! Tell us your thoughts in the comments below!