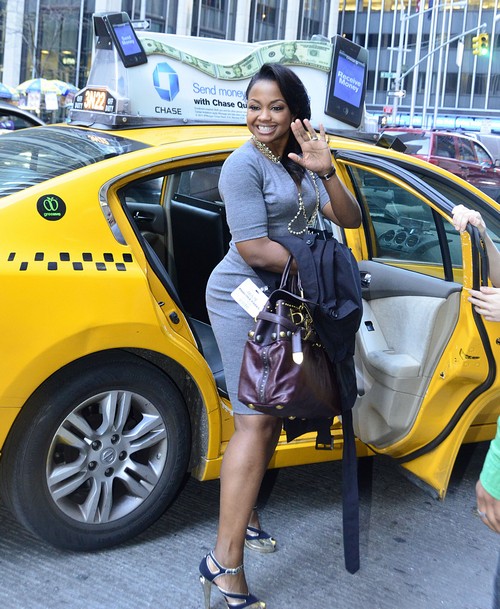 Yesterday we first heard that Apollo Nida, husband to The Real Housewives of Atlanta’s Phaedra Parks was arrested on a slew of serious charges. Nida’s actual business has always been a bit of a mystery and on Thursday he was arrested on charges of bank fraud and identity theft. In a written affidavit, Alexandre Herrera (U.S. Secret Service Agent in the Counterfeit and U.S. Treasury Check Squad, stated that “Nida created fake companies, enabling him to access databases to find individuals to rip them off. He opened fake bank accounts under those real names and funneled stolen U.S. Treasury checks and auto loan proceeds into those accounts”. Apollo was charged and released on a $25,000 pre-trial bond.

This isn’t Apollo’s first time in the clink either. He actually spent 5 years locked up from 2004-2009 for racketeering. We wanted to think that hooking up with Phaedra had helped him to clean up his act but apparently the dark side still wins. Many wondered why Phaedra was drawn to the ex con and now from the sounds of things the answer is pretty simple, she may be just as shady! Apollo seems to be a smooth talker but you don’t think he came up with this bank fraud scheme on his own, do you? I’m telling you, the smart southern belle has something to do with this. She is the brain behind everything that goes on in her home. Plus, are we really supposed to believe that Apollo orchestrated all of this under his wife’s nose without her catching on? Um, no.

Supposedly the feds are also thinking Phaedra is the master mind here and can’t wait to talk to her. Do you think she’s going to be facing charges too? Tell us your thoughts in the comments below!