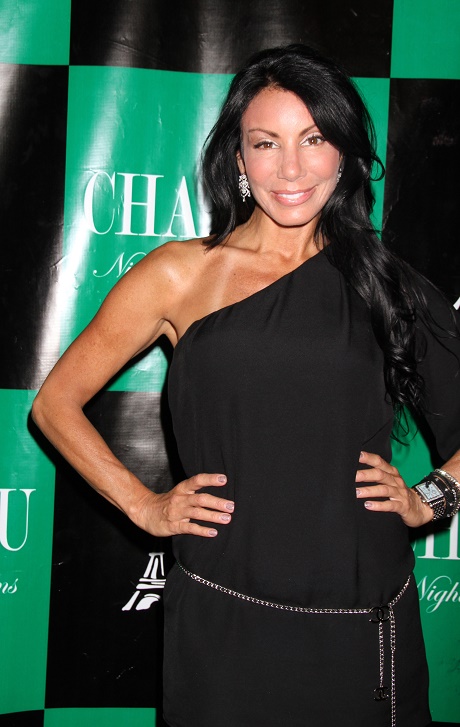 The Real Housewives of New Jersey is infamous for spawning some major feuds between its cast members, and one such feud between Danielle Staub and Dina Manzo is slowly threatening to spin out of control.

In addition to backstabbing and gossiping about Dina to everyone who’ll listen, Danielle is telling people that Dina’s ex Tommy Manzo is gay. Danielle claims [via Star Magazine], “I don’t think that Dina ever didn’t know. He had to hide it to appease the Manzo family, because it wasn’t acceptable for him to be gay. Dina was well aware of what she was getting into. Caroline [Manzo] was in on it too, because she set the two of them up.”

As viewers of the show know, Dina has been struggling to dip her toes back into the dating world after her breakup with Tommy. However, Danielle claims that all of Dina’s relationship drama has been manufactured for the benefit of the show and its ratings, and that Danielle’s secretly having an affair with a married man she met more than ten years ago.

Either Danielle’s gone bonkers and is just spouting nonsense, or she’s telling the truth. It’s very, very likely that she’s at least telling parts of the truth, which honestly isn’t very difficult to believe. We know the network loves to fake major events for the sake of drama [cough, catfight, cough], and there’s no telling how far they would go to make things difficult for their housewives – especially if the housewives are in on it.

Dina – with the apparent help of Caroline – could have easily faked her marriage, her relationship drama, and everything that came along with her private life. But if Danielle is telling the truth, then expect her feud with Dina to turn up a notch. Also, don’t be surprised if Dina tries to suffocate Danielle in her sleep after this interview goes public.