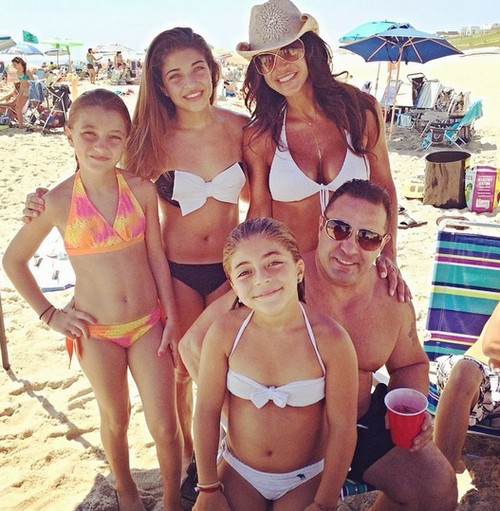 Teresa Giudice and Dina Manzo are ‘friends’ right now, but Teresa should know better than to trust anybody on The Real Housewives of New Jersey. For one, everything she does is taped and broadcast for the whole world to see, so where exactly does that leave room for intimate friendships? For another, everybody wants the scoop on Teresa’s impending visit to the jail house, and by everybody, I mean EVERYBODY. Teresa thinks Dina is being a good friend to her? Great, maybe she’ll keep thinking that when she gets fired, and Dina’s spot on the show gets upped to another couple of season.

Plus, it’s pretty much a given that Teresa’s tenure on the show is done. She managed to keep herself relevant for many years, but it was her involvement in the show and all the attention that followed that probably played a part in her upcoming trial. She and her husband, Joe Giudice, got sucked into Hollywood’s world of cash, fake tans, and lying to get what you want. They actually went even further than that and broke a few laws while they were at it, which I still don’t understand – did they think they wouldn’t get caught?

In the end, Teresa and Joe have to pay the price, and Dina gets a sweet bonus. The only reason we’re not getting the announcement of Teresa getting fired right now is because the network probably doesn’t want to disrupt the mid-season ratings. But by the end of the season, Dina’s sucking up to Teresa will have paid off and Teresa will be adios for good.