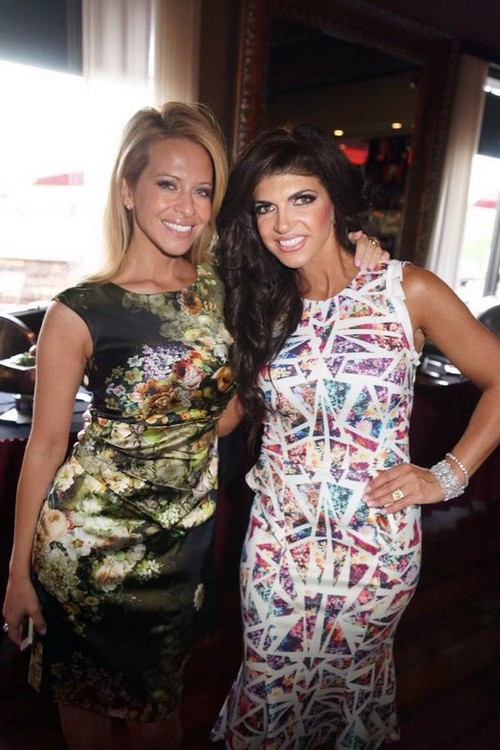 The media is blowing The Real Housewives of New Jersey ‘feud’ between Dina Manzo and Teresa Giudice out of proportion, especially when you look at the circumstances surrounding Dina’s betrayal. As we all know, Teresa is just days away from ending up in jail – or best case scenario, getting put under house arrest. And if you think that’s bad, then you should remember that Teresa and her scumbag husband, Joe Giudice, committed financial fraud. In essence, they stole millions from the taxpayers and banks, and never showed any signs of remorse. See, this is line where D-list and F-list celebrities usually stop, but not Teresa.

Anyway, Dina probably understood this, and she realized that Teresa’s association with the Real Housewives of New Jersey would turn sour the minute her trial started getting serious. Now that Teresa’s about to be sentenced, Dina pulled out all the stops to get her fired from RHONJ – and it worked.

Basically, Dina blabbed Teresa’s secrets to everyone who would listen. In turn, that made Teresa even more hesitant to participate in the interviews and promotional appearances for RHONJ. And that, of course, indirectly led to the network firing her and wiping their hands clear of her criminal taint. The producers already realized that Teresa is a huge liability, and they just needed a reason to get rid of her – and Dina handed it to them on a silver platter. Plus, whether Dina had ‘betrayed’ Teresa or not, there was no way that Teresa would have stayed on the show. The fans hate her, the public hates her, the media hates her. Bravo was smart in getting rid of her as soon as they got the opportunity.