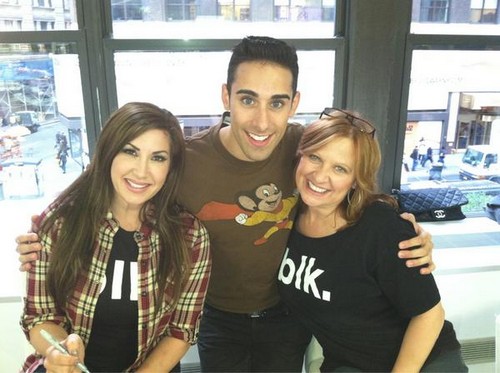 Remember when The Real Housewives of New Jersey was one of the best shows on Bravo? It helped to turn the housewives into a franchise rather than just a fluke but this season is just beyond bad. Bravo execs brought back Dina Manzo thinking that she would create some good buzz and in doing so, they agreed to fire her sister-in-law, Jacqueline Laurita. The funny thing is that Dina and her menagerie of dysfunctional pets are beyond boring and it was Jacks that actually had real stuff going on.

Last season Jacqueline had plastic surgery and was also very honest about her emotional battle with raising an autistic son. In other words, fans really like her and Jacks was relatable. Since the ratings are dropping by the week she has been rehired on a limited basis. Of course Dina is seething but Bravo could care less. The Real Housewives of New Jersey is in serious trouble and they need to make moves to save the season rather than pacifying individual cast members.

Teresa Giudice is proving to be an even bigger problem because she is simply refusing to film any more for the current season. Contractually she has fulfilled what Bravo wanted but they have asked her to film more to help save this season and Tre has refused. She is spending the summer at the Jersey shore with her four kids and with sentencing being right around the corner she is focusing on her family now.

Teresa used to be Andy Cohen’s golden child but in recent months it has become quite obvious that Bravo is no longer supporting her like they once did and because of that Teresa is refusing to do anything extra to promote The Real Housewives of New Jersey. Rumor has it now that even if she somehow escapes a jail term Bravo will be firing her anyway. Do you think that the network would be better off cutting ties with the Giudice clan and firing Teresa in order to separate themselves from her criminal behavior? Is it a move that is long overdue? Tell us your thoughts in the comments below!