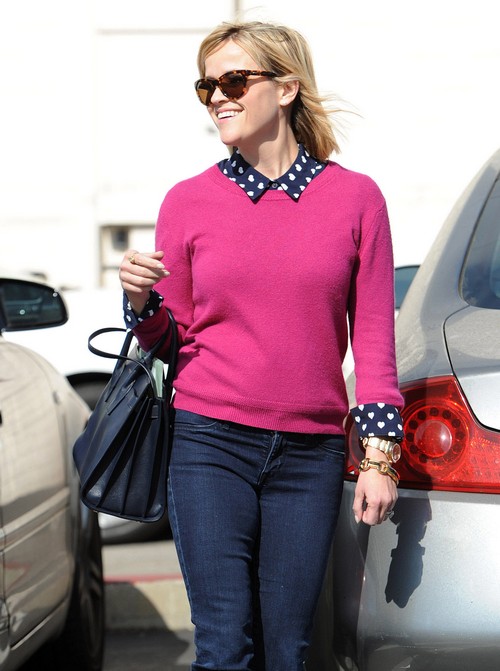 According to a new report from Star Magazine, Reese Witherspoon is feuding with Robert De Niro. And the cause for this feud? Well, Robert is apparently upset that Reese dropped out of their upcoming movie, The Intern, at the last minute.

A source tells Star, “Bob is angry. He wished she’d given him a heads up before she quit. Reese had a scheduling conflict, and wants to focus on scoring an Academy Award for her upcoming role in Wild.” Apparently, Bob begged Reese to stay, but she refused.

Um, scheduling conflicts happen All. The. Time. in Hollywood, especially with in-demand actresses such as Reese Witherspoon. Considering that Robert De Niro has been in this industry for more than twenty years, you’d think that he would understand that, right? Especially since he has dropped out his fair share of movies in the past as well.

I could understand him being a tad bit upset, especially if it was a last minute scheduling conflict. He might have had his heart set on Reese starring in the film, but it’s not like she’s the only actress who can do the part.

Also, I highly doubt she dropped out because she wanted to start campaigning for an Oscar. First of all, Wild doesn’t come out until 2015, if at that. There’s no way she could even begin campaigning from now, whether she wanted to or not. Most likely, her producing projects and other acting endeavors became a priority, and she pulled out of The Intern to make room for those.

Reese Witherspoon spotted out for lunch at the Tavern Restaurant in Brentwood, California on February 8, 2014