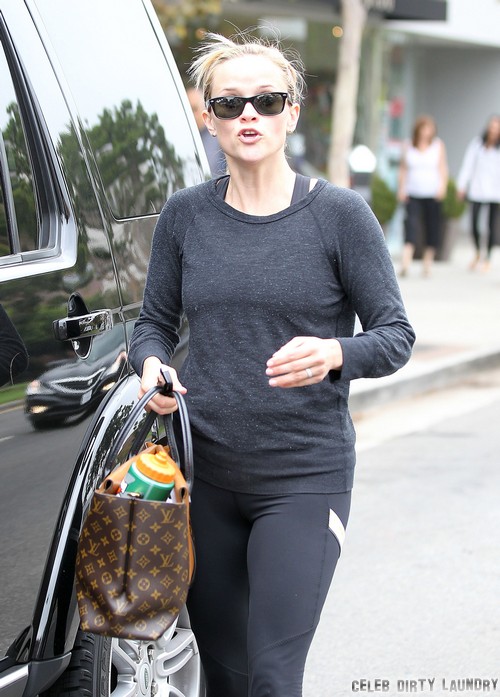 Around 2005, Reese Witherspoon was at the peak of her career. She was a commercial darling with hits like Legally Blonde and Sweet Home Alabama, and she was at her critical peak after she won an Oscar for her performance in Walk The Line alongside Joaquin Phoenix.

However, her career has gone all downhill from there. She hasn’t really starred in any commercial hits since the mid 2000s, and her most recent films have all been bombs, including This Means War and Four Christmases. In the past year, she’s seemed to turn towards smaller indie films and producing, but is that because she just can’t land the leads in blockbusters anymore or because she doesn’t want to? Whatever it is, Reese is no longer at the top of the A-list like she was in 2005. It wouldn’t be a problem if she didn’t care and genuinely just wanted to produce and make indies, but I have a feeling she does care, especially if the latest news is any indication.

Deadline confirms that Reese has cut ties with her manager of 19 years, Evelyn O’Neill of Management 360. Evelyn guided Reese’s career from the very beginning, through her teenage years, first few films, and eventually to her Oscar winning turn in Walk The Line. There’s no doubt that Reese wouldn’t be where she is today if it wasn’t for Evelyn, but since when has that stopped celebrities from dumping their managers?

Of course, Deadline also posits that it’s a mutual decision to part ways, which could mean that Evelyn also felt she couldn’t do much to help Reese. I mean, Reese’s public image took quite a hit after the Atlanta arrest, and I don’t think audiences really care about her anymore. Maybe Reese felt she needed to reinvent her career, maybe she felt that having a manager wasn’t necessary since she was producing now, or maybe Evelyn felt like she could no longer help Reese achieve her goals and didn’t want to deal with the headache.