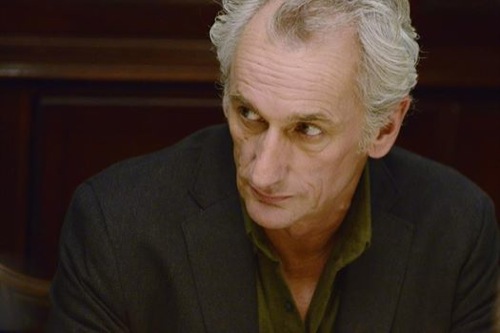 Tonight on ABC Resurrection continues with an all new Sunday October 19, season 2 episode 4 called, “Old Scars.” Tonight, Margaret convinces Lucille to host a dinner celebrating Jacob’s return, but the evening turns tense with the arrival of unexpected guests who end up putting a further strain on family relations. Meanwhile, Bellamy continues to research the history of the mysterious bones; and Rachael receives unsettling news about her baby.

On the last episode, sensing a need in the community, Tom created a new parish specifically for the returned and Bellamy decided to confide in him that he was also one of them. Meanwhile, old human bones mysteriously turned up in the river and with them, implications for the Langston family that Margaret was determined to keep hidden. Did you watch the last episode? If you missed it, we have a full and detailed recap right here for you.

On tonight’s episode Margaret convinces Lucille to host a dinner to celebrate Jacob’s return, but unexpected guests strain relations in the Langston family to the breaking point. Meanwhile, Bellamy continues to research the history of the mysterious bones.

Tonight’s Resurrection Season 2 episode 4 is going to be exciting, and you won’t want to miss it. So be sure to tune in for our live coverage of Resurrection — tonight at 9 PM EST!

On tonight’s episode of Resurrection, it’s the anniversary of Jacob’s death. He died over thirty years ago today and Lucille was struggling with how to react. Normally, she would have gone to Jacob’s grave with flowers but this time Margaret wanted to emphasize that she wasn’t facing the tragedy alone. So she suggested a family dinner. That way they could turn an unhappy event into something else.

But Margaret isn’t alone in trying to make the best out of an unusual situation. Janine has had to make peace with the fact her husband is having a baby with someone else. And she’s been doing really well with that. She’s allowed Rachel to live with them while she looks for a place of her own and occasionally she even tries to help Rachel.

However Rachel may be beyond anyone’s help. Her baby is growing at an exponential rate. Meaning this pregnancy isn’t going to be in any way normal!
That was already the case with the baby’s mother having been one of the returns but no one is going to accept a fetus that’s growing twice as fast as it should. And that’s who’s important here – the baby. It’s going to be the first of its kind and the treatment it’s going to receive will all come down to whether or not people will view it as a threat.

Maggie was the one that had to tell the parents (all three of them) the bad news. Yet, she’s recently been second guessing her decision to inform Bellamy about what’s going on with the returned. The last time she did that – cloak and dagger type G-men came in and confiscated everything.

As for Bellamy, he’s still investigating the bones he exchanged for his former body. Although it’s his fault the bones are no longer located in Arcadia – he just can’t give up on the mystery it was going to reveal. They were proof of another “Returned” type of event and so Bellamy has been looking into Arcadia’s past. And he isn’t alone.

Fred did attempt to get answers out of his mother though she side-stepped his any and all of his accusations. So he let it go at the time but he didn’t forget. Fred took a bone off of one of the bodies back when they were first found by the river. And he’s holding onto it for reason!

Dinner is at the Langston house turned out to be a strained affair. The nice family dinner Margaret had arranged ended up having a far larger guest list than she had originally planned. And not everyone was welcomed. Her former daughter-in-law, Barbra, was invited behind her back. Henry had asked her to stop by after Jacob started to ask about her.

And though it’s been a while, Margaret can still recall quite clearly how much she hated the younger woman.

According to her, Frederick didn’t start going through his difficult phase until he met Barbra. That’s when he began to stay out all night and even picked up drinking. Hence when Margaret later saw Barbra at the front door – she was tempted to throw the younger woman out right then and there.

Then when dinner was in progress, Fred who was still having issues with his family had to face Lucille constantly bringing up his drinking during dinner. It seems his sister-in-law wanted to rub salt into the wounds. Though a not so funny fact is that Lucille was the one finishing off the bottles of wine faster than anyone else at the table.

And it wasn’t until her son and husband had been excused from the table that she let out all of her vitriol. Lucille blamed Fred for a lot of things but Barbra has been on her hit list from day 1. She took her former in-law to task for carrying on an affair that led to her being by the river. If Barbra had only ended it when Henry warned her to then Jacob wouldn’t have died. He would be at the dinner table with his wife and his own children.

Yet the both of them were robbed of that all because Barbra wanted to do what she felt like. So Lucille let Barbra know that she wasn’t forgiven!

Barbra quickly fled from the table afterwards with Fred in hot pursuit. He couldn’t stop her from leaving but they at least made some form of peace with their situation prior to her returning to her former lover’s side. In the end, Fred found a way to let her go.

Though there’s a bit of bad news coming to their town that’s going to ruin any headway the returned might have made so far. There’s a disease affecting the returned and only the returned. It’s making them very sick and yet the disease itself might be a part of one of the returned’s plan.

Margaret told her grandson in the form of a bedtime story about when the returned first started coming back during the 1930s. He had fallen asleep long before she got to the end of the story so he never heard her say that she knew how to kill the returned for good.