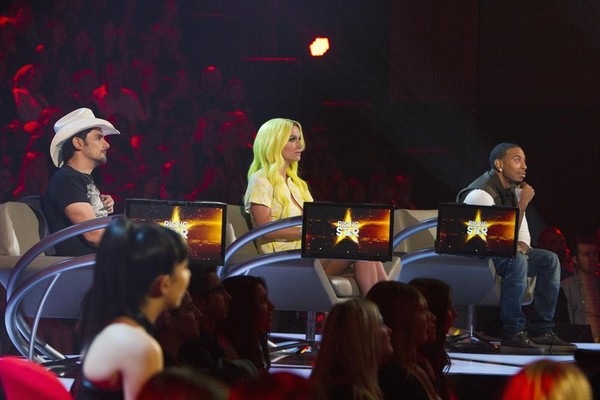 Tonight on ABC their singing competition RISING STAR airs and on tonight’s episode the finals take place and a winner emerges in the first-season finale.

On the last episode of Rising Star the semifinals aired and we got closer to finding out who would be going to be our first Rising Star. The highest score last week and the person who has the best chance of winning this whole things is Jesse Kinch, he sang “Billie Jean” in his own rendition. Jesse got 83%; Brad said he’s so unique and reminded everyone how great that song is in his own version, Kesha was at a lost for words during his performance, Ludacris said that he agreed; he couldn’t believe how Jesse made him forget that it was actually a Michael Jackson song. Did you watch the last episode? If you missed it we have a full and detailed recap, right here for you.

Tonight’s Rising Star is going to be exciting, and you won’t want to miss it. So be sure to tune in for our live coverage of the show — tonight at 9 PM EST! While you wait for our recap, hit the comments and let us know what you think about this first season of Rising Star and how excited you are for the finale.

On tonight’s season finale of the Rising Star, the top four artists are together for the very last time. They will of course all be competing for everyone in the audience and people at home votes but this is there finally shot at all of their dreams. A recoding contract is on the table and there are four pair of hands reaching for it all at once. So they could either make their music worthwhile or they can and will be forgettable.

Here’s wishing the contestants are going to make it a night hard to forget!

This week there will be two duels and the winners of both will eventually go on and go head to head for the ultimate title of winner of Rising Star. So starting tonight’s duels is Dana Williams. She’ll be singing Etta James’s classic “At Last”.

Now there was no overt mistakes or problems with pitch in her act. But all she managed to receive out of it was a mere 30 percent from her fans. And unfortunately for her – she was going up against Jesse Kinch. Jesse so far has been a bit of a favorite so unless he faltered (he didn’t) Dana might have known from even then that could very well be one of the two going home.

Jesse’s song choice fit him perfectly. He chose Creedence Clearwater Revival’s “Fortunate Son” and it was practically made for him. It has soul and just enough dramatics to match Jesse’s swinging his big mane of hair around. And plus his song got people up on their feet. While Etta was great – she’s more someone you listen to sitting down. As a final choice, she couldn’t hold a candle to Creedence Clearwater!

Jesse won his round and so he’ll be going into the final duel.

As for Jesse’s competition, the next duel was between Austin French and Audrey Kate Geiger. And once again there was a sense of why bother. Audrey Kate’s score from last week was 69 percent and at the time she was unable to unseat Dana. So would it not have been wiser for whoever’s controlling the pairing to match her against Dana and leave the two heavy weights to duel it out from the get go. Jesse and Austin were at the forefront from the very start of tonight’s episode so no matter what they were bound to duel each other!

But having Audrey Kate go up against Austin was simply unfair. He went up onstage first and scored 70 percent. So she knew going on after him that she literally had to give her song her all. Yet her all wasn’t enough and she was thereby predictably sent home.

Which left Jesse and Austin in the position they were always meant to be in. All that was left was one final duel to determine the winner of the first season of Rising Star!

Jesse chose as his last song classic rock. He had decided to go with Pete Townshend’s “Love Reign O’er Me” meanwhile Austin also decided to touch base with his roots and went with “Bless The Broken Road”. Quite a tearjerker that one. And unlike all the duels before, the contestants were mercifully kept in the dark about their scores so this time there was no one walking up onstage with a sense of defeat.

Both men sang their song to the approval of the audience but what Jesse had – he’s had from the very beginning. He has this much needed entertainment value that all audience, no matter where they come from, expect from any and every performance.

And although Austin gave him a good and fair fight, it was Jesse that won in the season finale.

I saw that coming just as much I saw Kelly winning American Idol? When the odds are 80 percent in her favor then the rest of the night was really why bother even hearing from Justin?