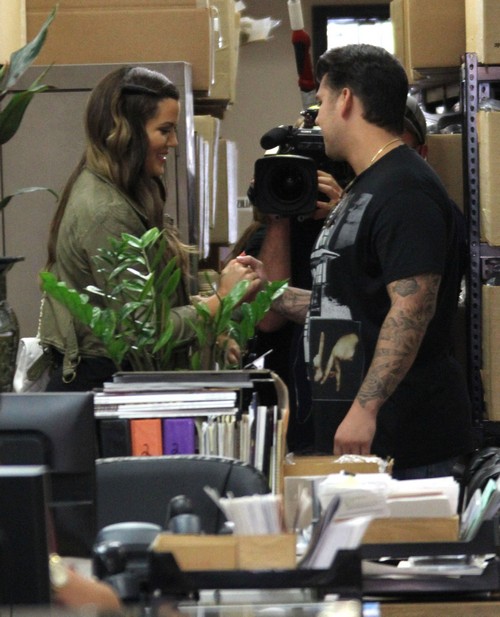 Rob Kardashian has had a rough 18 months. After being dumped by Rita Ora back in late 2012 Rob packed on 70 pounds and has made it no secret that he feels horrible about himself. We have seen footage of Rob on Keeping Up With the Kardashian’s knee deep in self-loathing and it seems that he feels like the ultimate failure when standing beside his sisters who are basically household names for doing nothing other than acting slutty and being superficial. According to the April 28th print edition of National Enquirer Rob’s issues may run a whole lot deeper than many had originally thought.

Rob has always praised Bruce Jenner for leading what he believes is an “authentic” life and sources close to him believe that after watching Bruce begin the process of gender reassignment surgery, Rob is taking a closer look at who he really is. Rob hasn’t even looked for a girlfriend in the last 16 months and his interests have always leaned towards more ‘feminine’ things. Sources say that while tucked away in rehab Rob is also facing who he really is and is coming to terms with how he needs to proceed once released. The Enquirer points out that a ‘close source’ says Rob is bothered by public rumors about his sexuality that question whether he may be gay.

Do you think that Rob has really been wrestling with more than just depression and food issues? Could something else be an underlying issue causing him to struggle, do you think that it’s his sexuality? Will he follow Bruce’s lead and at least embrace who he really is without worrying what others think? Tell us your thoughts in the comments below!