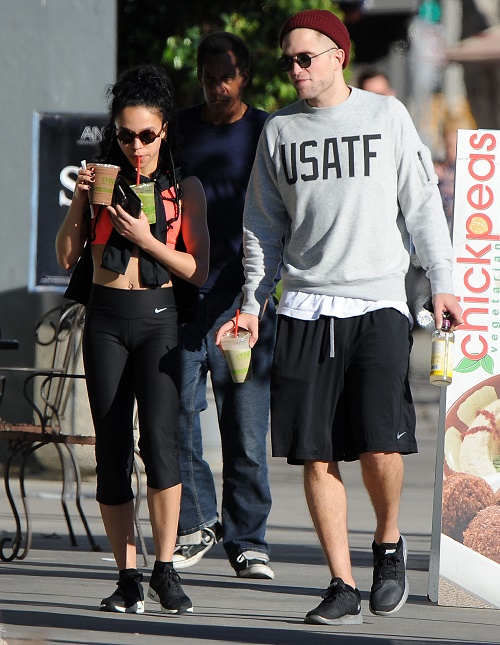 What? Yeah, that was our reaction, too. Apparently, Robert Pattinson simply does not find Kristen Stewart’s short and ‘unfeminine’ hair attractive, and much prefers FKA Twigs‘ long and flowing locks. Um, ok.

Look, this might very well be true, but that doesn’t make it any less disgusting – and I’m sure Kristen Stewart agrees with us. Judging someone based on their hairstyle is a pretty low blow on every level, especially when there’s little they can do about it. Kristen Stewart had to cut her hair short for Equals, and it’s not like she and Rob are in close personal contact over their professional decisions anymore.

Besides, Robert Pattinson is dating FKA Twigs now, so that’s the point of rehashing his attraction [or lack thereof] to Kristen Stewart. He broke up with Kristen after she cheated on him, and the lack of trust between them was the main motivator in that – not Kristen’s hair. I don’t think he would really care that her hair was short if they were still together, considering that they actually got together when her hair was this short [while filming the Runaways]. Maybe all these reports are conveniently forgetting about that? Plus, there’s also the fact that Kristen Stewart might still want Robert Pattinson back, but he seems to be under FKA Twigs’ thrall in more ways than one. Why else would he let her use him to boost her career so blatantly?