Will Robert Pattinson Be Cast in ‘Game Of Thrones’ Season 5: Loves Show More Than His Family (PHOTOS) 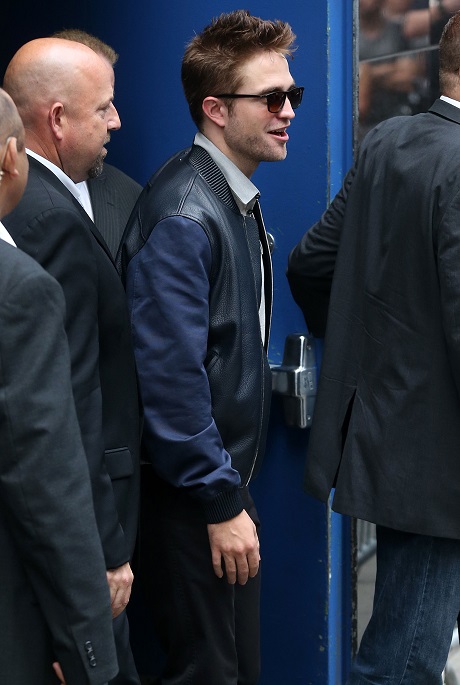 In a new interview with MTV, he explains, “My entire week, all I do, genuinely all I do with my week is wait ’til Sunday so I can watch Game Of Thrones. And if I don’t enjoy the episode, it will ruin my next week. I literally haven’t loved something that much since, like, my family.”

Awww. Is that funny or a bit sad? Obviously, he was being self-deprecating as always, but you kind of get the impression that he doesn’t have much to feel affectionate about right now. Or maybe it’s just Rob being Rob. Who knows?

What is interesting is this new trend of actors getting guest spots on their favorite TV shows. As a Brit, it’s very possible that Rob could be offered a major role in the upcoming season of Game of Thrones, especially since they’re in the midst of casting. I mean, they have about a bajillion characters to cast, so why not?

Rob’s acting has gotten significantly better since the end of Twilight, and casting him is sure to increase the already record-breaking ratings to new heights. Plus, it feels like just the type of role that he would thrive in, one filled with a lot of existential angst and humor. And it would be a departure from the type of roles that he’s usually linked to.

His career has taken a turn for the interesting recently, what with his well-reviewed work in The Rover and pre-production on several movies that have already peaked awards talk. Could Rob actually end up becoming the sole Twilight cast member to end up as a critically acclaimed actor? I’m not counting Anna Kendrick, of course, because she was one of the best parts of that drivel.

What do you guys think about Rob’s love for Game of Thrones? Do you think he would be a good addition? Let us know your thoughts in the comments below.