Robert Pattinson Star Wars Han Solo Role: Will He Be Jumping On Board A Star Wars Spin-Off? 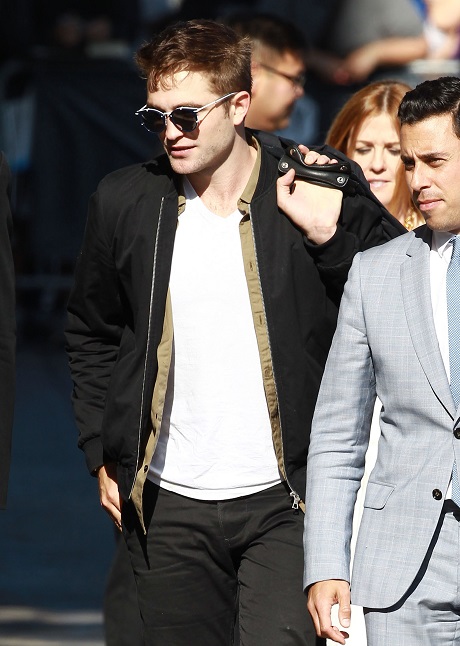 Robert Pattinson may have tried to deny rumors of his involvement in the Star Wars franchise, but all he ended up doing was increase speculation surrounding the role. See, he denied getting a call from J.J. Abrams for the new Star Wars film, but we already know that we’re not getting a young Han Solo in Episode VII, don’t we? We’re getting Harrison Ford‘s Han Solo, but that’s obviously not what Rob was being considered for.

No, the rumors around Rob were all centered on him playing a young Han Solo in a spin-off film being developed by Disney and Lucas Film, and it’s not hard to see the connection. Disney’s going to be cashing in on the Star Wars brand in every way possible, and that includes making as many spin-off films and television shows as possible, following Marvel’s strategy. And when they hire an actor to play the younger version of Han Solo for his own spin-off film, you know they’ll want to hire an actor that has a solid fan base and name recognition.

Plus, Rob may have denied his current involvement in the franchise, but he did leave the door open for his future involvement. He admitted that he was a huge fan of Harrison’s performance as Han, and he said he was open to taking on another franchise in the future. In all honesty, he’ll probably have to sooner or later, especially since that’s the only way actors can survive in the movie world nowadays — with comic-book franchises or YA franchises.

I don’t see Rob doing another YA franchise, and it’s hard to see him as a superhero. That leaves Star Wars and a handful of other, smaller properties. And since Rob’s admitted to being a fan of Star Wars, I doubt he would turn down the offer…if he got it.