Robert Pattinson and Katy Perry Are Hooking Up, Staying Friends With Benefits – Report 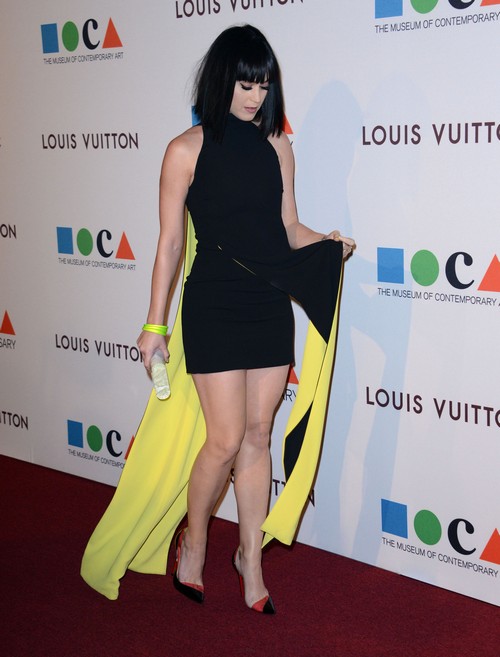 Poor Robert Pattinson. He probably thought that after Twilight ended, he’d get a brief respite from the non-stop speculation on his love life. Unfortunately, the exact opposite has happened – instead of giving up on him, the tabloids have decided to step it up a notch, linking him to every woman under the sun.

Of course, one of the biggest rumors – and the one that’s been going around for years – is that Robert Pattinson and Katy Perry are friends with benefits. Honestly, they’ve known each other for years and years, even before Twilight exploded and Rob became a household name. I highly doubt they haven’t hooked up at least once, especially before Rob and Kristen Stewart started dating.

However, now that Rob is finally single after so many years, what does that mean for his friendship with Katy? Katy’s single, Rob’s single – is it time for the two to resume their, ahem, relationship? OK! Magazine claims that Rob and Katy have always had a very flirtatious relationship, and Katy apparently joked, “that Rob would make an excellent revenge hookup!”

And now, Rob and Katy have reportedly reverted to their previous friends with benefits relationship. Is that hard to believe? Not at all. After staying with that trampire for four years, can you blame the guy for wanting some time to breathe? He’s finally in a position to hook up with as many girls as he wants, and he’s definitely doing that. He’s already reportedly dated Riley Keough and Dylan Penn, and that’s not even counting the numerous other girls he’s hooked up with – including Katy.

What do you guys think? Are Rob and Katy friends with benefits – again? Let us know your thoughts in the comments below.