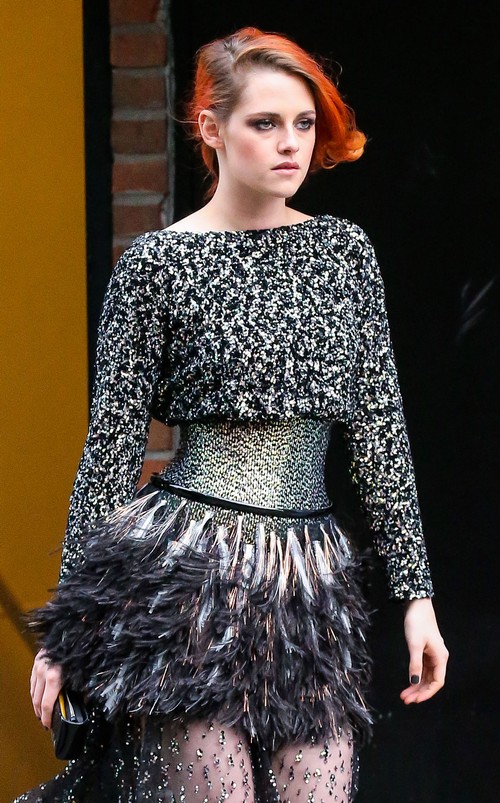 Twilight fans are waiting on tenterhooks to see if there will be a repeat of #RobstenUnbroken at this year’s Cannes film festival, but it looks like we’re going to have wait longer for a Robert Pattinson and Kristen Stewart reunion – or at least, a public one.

Rob has clearly moved on from Kristen, in more ways than one. He’s been linked to everyone from Riley Keough and Dylan Penn in the past, and he was spotted out and about with a mystery woman named Imogen Ker a couple of nights ago. A new girlfriend? Looking at his past year of trysts and romances, I’d be more inclined to guess friends with benefits or a fling. But either way, what does this mean for his reunion with Kristen in Cannes?

Let’s face it, there’s simply no way for them to avoid each other. It’ll be awkward if they don’t hang out, and rumor has it that Rob is still planning on renting the private villa in Cannes.. you know, to ‘entertain’ guests. According to sources, Kristen and Rob are still planning on having their, ahem, reunion at the villa, and Kristen has also accepted that their relationship won’t progress any further. Sources claim that she’s finally given up on the idea of she and Rob getting back together for good, so she’s amenable to the idea of a hookup without any strings attached.

Plus, what can she say? She’s the one who cheated on Rob with Rupert Sanders, and that’s when they were actually dating. So of course she’ll have to be alright with just being Rob’s fling, even as he has other actresses and models on his dial. And she has to be okay with Rob’s relationships with other women, including his most recent tryst with Imogen Ker. Again, is she really in a position to make a fuss?

Facts are that Kristen has put herself in the position of being forced to accept whatever crumbs Rob throws her way – so whenever he agrees to hook-up with her she is “Yes Rob, Yes Rob!” Kristen is so excited about spending some time with the man of her dreams that we might even see her smile at Cannes!