Robert Pattinson and Kristen Stewart Dating Update: Twilight Stars Will Avoid Each Other At TIFF 2014 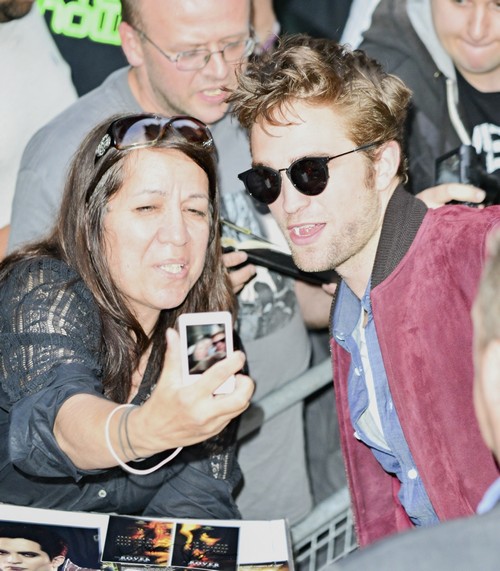 Robert Pattinson and Kristen Stewart are together, are not together, are dating, and are not dating. If we followed the media on this particular topic, that is the conclusion that we would come to. Fortunately, we have a much more specific outlook on their relationship status thanks to Rob’s own words and the status of their whereabouts. We know that Rob and Kristen will both be at the TIFF festival this fall, and that’s been confirmed.

Both are there for movies they are representing, and both will be present at several of the festival’s pre-parties and after-parties. But since they managed to assiduously avoid each other at last year’s festival, will they do the same this year?

It’s difficult to say for sure, but sources close to the former couple tell us that Rob and Kristen won’t have their much-awaited for public reunion at the festival. No, instead they will come, do their promotional duties, and avoid each other like the plague. See, both of them are under the impression [and they would be right] that the whole world is still obsessed with seeing them together, and they don’t want to set off the cavalcade of speculation and rumors that will inevitably come if they reunite at the festival – and as such, that would also remove the focus from their individual movies and put it on their relationship.

Instead, they have reportedly decided to schedule their movies’ premieres a few days apart, and as for the parties? Well, they’ll just skip the ones that their ex is at. With Twitter and social media and agents and publicists, it’s not hard to figure out who’s at what party and then make sure that you don’t run into them by accident.

Even then, there’s always a remote chance of a Robsten reunion, even if it’s purely by accident. Do you guys think it will happen? Let us know your thoughts in the comments below.

Robert Pattinson and Guy Pearce attend ‘The Rover’ screening with Q & A at the BFI Southbank on August 6, 2014 in London, England