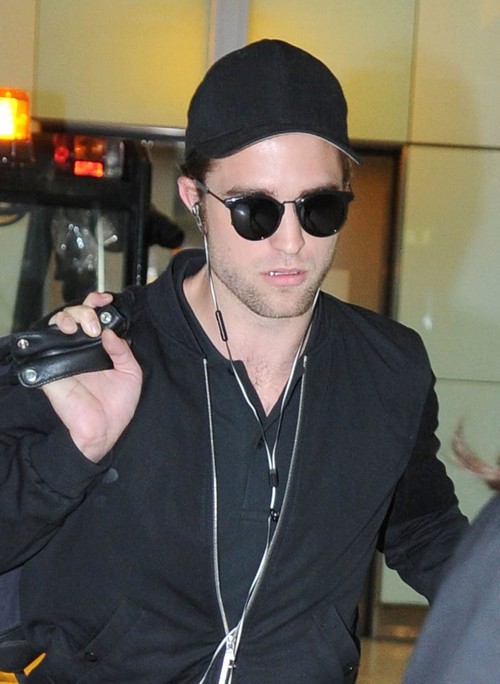 Kristen Stewart and Robert Pattinson are all set to make appearances at the Toronto International Film festival this fall, even though they have now officially been separated for more than a year. However, it was this same time last year that the duo reunited for a brief fling in Los Angeles, so we can’t count out a possible reconciliation. Rob has been speaking about Kristen quite a bit in interviews lately, first admitting that he’s still in touch with her and then admitting that he had forgiven the cheating scandal. What’s next – admitting that they still hang out and hook up?

I wouldn’t put it past him, especially since sources have been saying for a long time that Rob and Kristen maintained their hook-ups, even after breaking up. And if that’s the case, what’s to stop this impending reconciliation from happening at TIFF 2014? Sure, Rob and Kristen both managed to avoid each other last year at the same film festival, but it took a lot of effort on their parts. Plus, the wounds from the breakup might have still been fresh, even though both stars have since recovered. Well, Rob has – Kristen is still supposedly pining after Rob, and would get back together with him in a heartbeat if he agreed.

But agree, he just might. It’s been two years and the guy still hasn’t found an official rebound girlfriend, nor has Kristen found a boyfriend. Yes, he’s had plenty of flings and hookups and one-night stands, but no actual relationship. It says a little something about his state of mind, doesn’t it? And if the duo did manage to ‘run into each other’ while at the festival, who’s to say that getting back together is off the table? They’re clearly on amicable terms, so I wouldn’t put a private [and public?] reunion past them.

‘Twilight’ actor Robert Pattinson arrives on a flight from Los Angeles at Heathrow airport in London, England on August 5, 2014. Robert has recently opened up about his failed relationshipt with actress Kristen Stewart, “Shit happens, you know? It’s just young people … it’s normal! And honestly, who gives a shit? The hardest part was talking about it afterwards. Because when you talk about other people, it affects them in ways you can’t predict.”