Robert Pattinson Pursued by Rachel Zoe: What She Really Wants 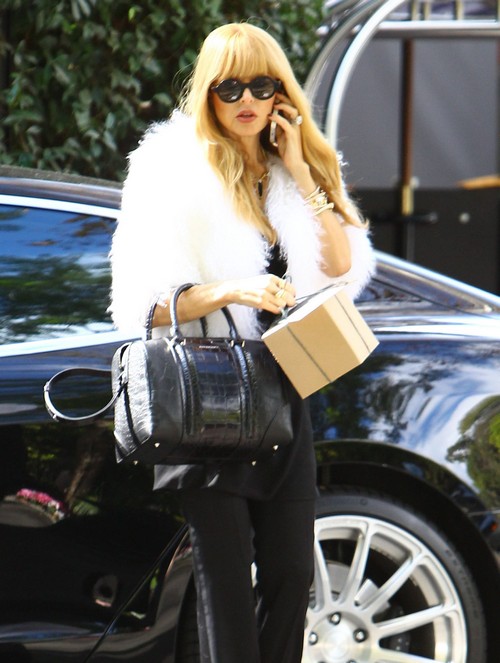 Robert Pattinson and Rachel Zoe together? Not in the way you’re thinking, jeesh. Rachel Zoe is setting her sights on Rob – as her next client. Zoe’s quite a prolific stylist with a large roster of A-list clients, including fellow Dior contractee Jennifer Lawrence.

A source tells Radar, “Rachel is dipping her toe into seriously styling for men for the first time in her career, and has been quietly campaigning for months to become Pattinson’s full time stylist… Rachel really wants to be the person who helps Robert re-invent his look post-Twilight, and she’s become obsessed with landing him as a full time client.”

Well, of course she does. Landing Rob as a client would be a huge coup for Zoe, especially since she doesn’t really have any major male clients. Of course, that would require Rob actually going to events, which he’s largely shied away from in the past year. Jennifer Lawrence, sure, it makes sense. She still has several Hunger Games movies to promote, plus her seemingly never-ending Oscar nominations. But Rob? Let’s not jump the gun and claim that his performances are Oscar worthy yet, and he doesn’t have any major red carpets to attend. Yes, by virtue of him being Robert Pattinson, he will get a ton of publicity. But in the long run, is he a good choice for a new client?

Of course, Radar’s source also adds, “She’s 100 percent obsessed with him.” And now, it becomes so much clearer. You think Rachel’s trying to get some hookup action with Rob? It would not only boost her publicity, but it would get her name in every tabloid in the media. But then again, he would have to reciprocate the interest for that to happen, and I’m not convinced that she would risk her career credibility by hooking up with a client.