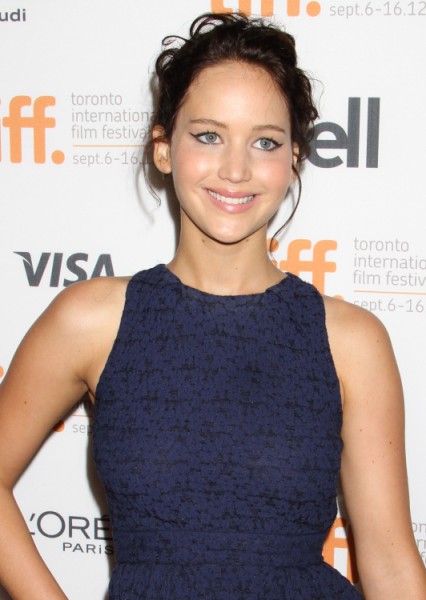 Or is that the problem? Are the three older actresses annoyed by Jennifer’s confidence along with her wrinkle-free skin? I’m sure the story is bullsh-t but it’s too fun not to play along. Because you can sort of see it, can’t you? Charlize Theron can be a b-tch about anything. She’s just got it in her to go there if she’s bored that day. However, I kind of figured she’d go easy on Jennifer since Jen competes with Kristen Stewart for roles and Charlize hates Kristen at the moment. Can she hate both? If anyone can do it Charlize can. Then there’s Mila and Natalie. They’re really good friends after going through Black Swan together. You can totally picture them calling each other up to whine about Jennifer’s deal. It’s far fetched but nothing is out of the realm of possibility when Hollywood actresses and age are in the picture!

After a year of negotiations, Jennifer Lawrence has finally signed on as the leading face of the Christian Dior label in America. And while Jennifer is thrilled with her new beauty contract, the brand’s three famous spokeswomen – Natalie Portman, Charlize Theron, and Mila Kunis – are furious.

“Natalie, Mila and Charlize are not happy,” an insider tells Star. “It’s a big slap in their pretty faces. They feel like they’re being replaced by a younger actress.”

But so far, Jennifer isn’t going to let their sour grapes ruin her latest accomplishment.

“Jen is thrilled,” says the source. “She’s nervous and exited to see her face splashed all over magazine and billboards. She’s never thought of herself as pretty or glamorous, so this is a great honor for her.”

You know what makes it even worse for the “older” women? Jennifer will probably get an Oscar nod this year. Critics are loving Silver Linings Playbook. She looks awesome in it which was a relief to me since I love her and didn’t want her to get pigeon-holed into Katniss-like roles. People forget Jennifer was an Oscar nominee before The Hunger Games came along. So if this story is true and there’s anything that’s p-ssing off these fellow Oscar nominees it’s that Jennifer’s stealing their roles along with their endorsement deals. Yes, Natatlie and Charlize have Oscars but I still don’t believe Natalie was better than Annette Bening in The Kids Are Alright. And Charlize was amazing in Monster but what has she done since? Mila has yet to prove to me she can hack it as a serious actress although I love her comedic abilities. So this is where Jennifer has the upper hand. She was a talent first, beauty second. No one, except Natalie, can say the same which is why Jennifer should take the deal and run – strike while the iron is hot. When her beauty fades, she’ll still be able to stand behind her talent. None of the women, including Natalie, will be able to do the same.

Do you think the Dior/Jennifer Lawrence deal is a good marriage? Is the contract the real reason for the meangirling or are Mila, Natalie and Charlize just jealous of Jennifer’s success?