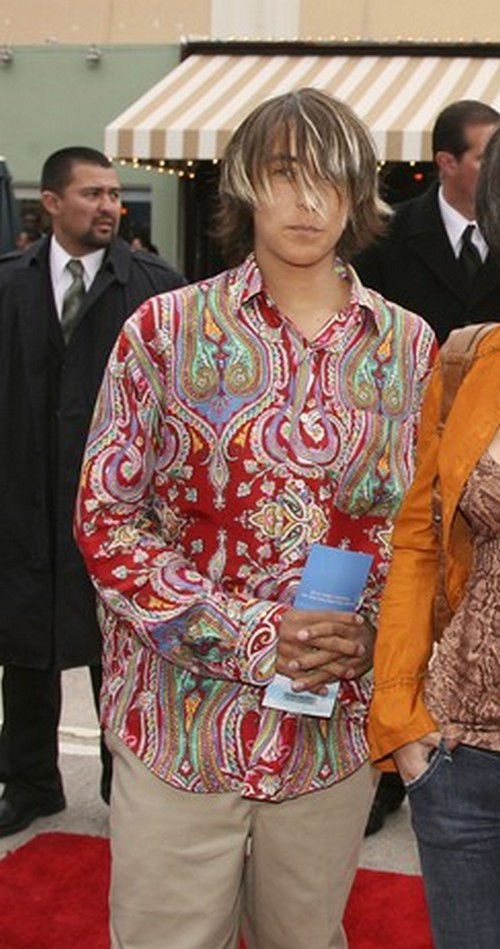 Robin Williams was cremated the day after his suicide, but his family and friends are still coping with his untimely death. No doubt, they know a lot more about Robin’s suicide and the reasons behind it than we do, but it’s a tragedy that the entire world is still reeling from.

Reports confirmed that Robin’s body was cremated, with the remains scattered in the San Francisco Bay. As of now, there are no plans for a public memorial, although it’s difficult to imagine that they won’t have one. Robin Williams is one of the most beloved celebrities of our time, and there are a lot of people waiting to pay their respects.

However, Robin’s family already held an invitation-only event at Marsha Garces‘ home, Marsha being Robin’s second wife and the mother to Cody Williams. TMZ got some pictures from the event, and they actually show Cody laughing and putting on a brave face for his relatives – and no doubt, he probably knew the cameras would be there. For him, it’s probably less about expressing his grief than being photographed doing so. This is a private time for the Williams family, but they know that the paparazzi won’t leave them alone anytime soon.

Marsha’s house was also lit with candles and covered in banquets from grieving fans and passerby, which was visible from a distance away. And although Cody was seen in the pictures with other people, his sister, Zelda Rae Williams, and half-brother, Zac Williams, were both conspicuously missing from the shots.