Ryan Gosling And Eva Mendes Breaking Up – Eva Pushed Him Away 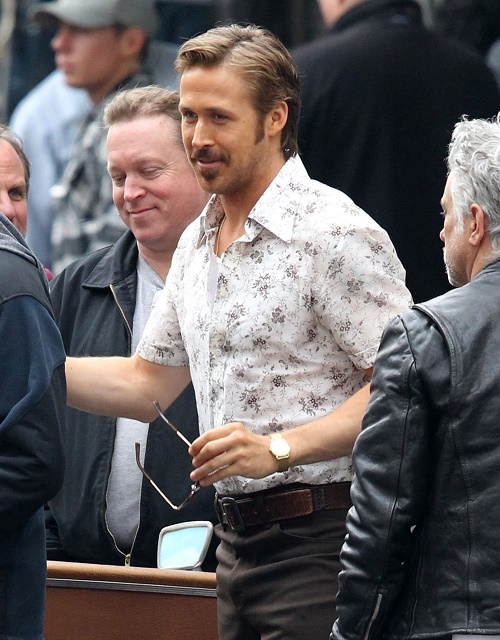 Apparently, Eva has been having a hard time taking care of the baby alone in Los Angeles while Ryan films The Nice Guys in Georgia for extended periods of time. I mean, someone’s gotta bring in the income, right? You’d think that Ryan would just completely take time off work, but perhaps he and Eva aren’t as financially secure as they seem.

Anyway, a source close to the couple claims, “It’s more than just run-of-the-mill stress that comes with having a newborn. They’re barely talking. Eva has pushed him away.” Plus, Eva has reportedly refused to fly to Atlanta while Ryan films the movie, which means that Ryan is being forced to travel to LA every time he has a small break. Wouldn’t it be much more convenient if Eva did fly to Atlanta and rented an apartment there while her baby daddy films his movie? I mean, you can’t blame the tabloids for thinking that Ryan Gosling and Eva Mendes are breaking up when Eva refuses to fly to Atlanta to spend time with her paramour and their child. It’s Atlanta, not the boondocks of the midwest.

However, OK! Magazine also goes a little overboard with the story, claiming that Eva and Ryan are breaking up [!] right now. The ‘source’ also adds, “Eva has been the primary, hands-on parent with Ryan away working so much, so she believes full custody is warranted.”

Huh. You know, there were rumors that the couple was in trouble before Eva got pregnant, so what if their pre-baby relationship issues are starting to pop up again? Do you think Eva Mendes and Ryan Gosling will end up breaking up? Let us know your thoughts in the comments below.