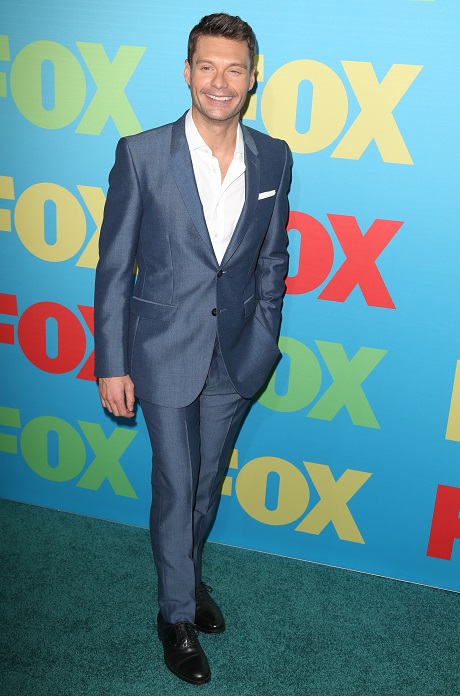 It seems as if the romance shared between Shayna Taylor and Ryan Seacrest has been confirmed by Shayna herself! The couple was spotted at LAX this past weekend after having returned from super awesome vacation. While being bombarded by paparazzi, Shayna was asked how exactly it feels to be dating Ryan Seacrest — media mogul and world class radio DJ. She responded, “It feels great.”

While she definitely wasn’t shouting from the rooftops, the statement seems to be enough indication that these two are official. They were spotted together back in December; however, neither officially claimed one another. Things must be getting fairly serious if they’re willing to go official in the public’s eye.

Sources close to the couple told TMZ that they recently spent two weeks vacationing in Europe. Doesn’t seem like a bad way to spend some vacay time! Ryan is perhaps most known for dating Julianne Hough. She was also blonde, and cute, and much younger than Ryan. Hmm…we don’t want to make any assumptions here, Ryan, but it definitely seems like you have a “type.”

What do you think about Ryan dating 23-year-old model Shayna Taylor? Leave your thoughts in the comments section below. We’d love to hear from you!